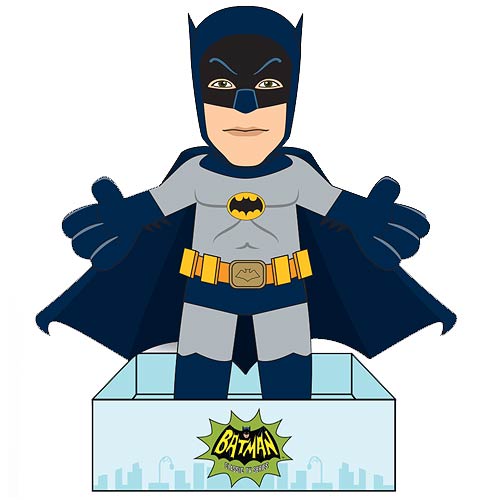 Fans of the 1966 Batman TV show will want to get their hands on this Batman 1966 TV Series Batman 10-Inch Plush. He’s the Adam West version of Batman from the popular 60s show.

This 10-inch plush is a super huggable Batman. He is super soft and super retro. Put this little guy into your Bat cave and snuggle with him when you just need to squeeze the Caped Crusader.

Only $19.99 from Entertainment Earth. Pre-order him now for an August release.