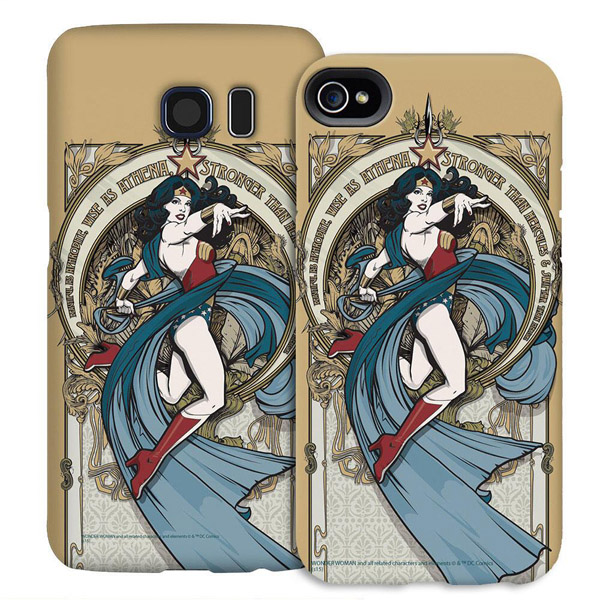 Accessorize your phone in a wonderful way with the Wonder Woman Beautiful As Aphrodite Phone Case, and bestow some heavenly attributes to your iPhone or Galaxy smartphone.

In one of the earlier incarnations of the Amazon from Paradise Island, Princess Diana received the blessing of many mythological characters who promised that she would be beautiful as Aphrodite, wise as Athena, as strong as Hercules, and as swift as Hermes. How could any woman not grow up to be Wonder Woman with those kinds of odds in her favor?

That ancient blessing from the Greek gods, along with an eye-catching portrait of Wonder Woman, creates a great case for your phone that’s sure to appeal to fans of the iconic hero.

The Wonder Woman Beautiful As Aphrodite Phone Case is available for $34.95 at WBShop.com.

Fans of big, sexy Mechas will want to add the Mazinger Z: Aphrodite A Collectible Figure to their collection… because, honestly, how many big, sexy Mechas are there in the world? Mazinger Z, also known as Tranzor Z to US audiences, has defended the world […]

This ceramic miniature sculpture of Aphrodite, the Greek famous goddess of beauty and love, doubles as a USB hub with four available ports for your precious gadgets.

With the name its got, you might assume that the Aqua Phone Case is only good for protecting your smartphone from water. While it can keep your phone dry and tight inside, it can also protect it from other harsh elements, like sand, dust, and […]