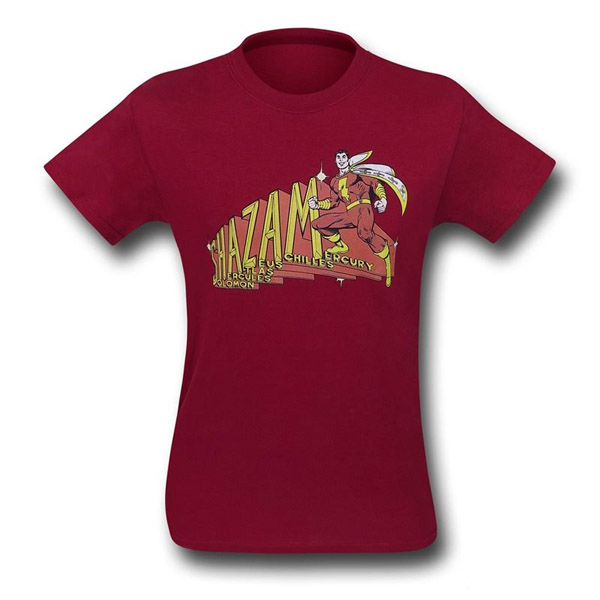 Holy Moly! The hero formerly known as Captain Marvel is on the Shazam Greek Gods T-Shirt.

After confusing comic book readers for years, the super hero alter-ego of Billy Batson is finally blasting through the confusion like a bolt of lightning and going by the name he should’ve been going by in the first place.

In addition to the Big Red Cheese and his now-official name, the 100% cotton tee also provides a little info on the meaning behind Shazam by revealing the gods who have loaned the World’s Mightiest Mortal their powers.

The Shazam Greek Gods T-Shirt is available for $21.99 – $24.99 at SuperHeroStuff.com, while Rout.com can let you know about discount pricing on the shirt.

Do you want to own your own sentient, miniaturized, portable supercomputer? Of course you do. That way you can feel like you are one of the New Gods. This DC Comics New Gods Mother Box Prop Replica is intricately detailed. Of course it won’t open […]