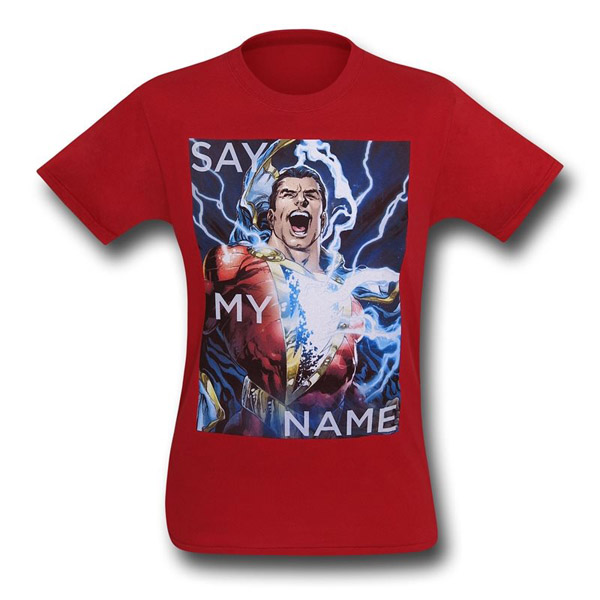 How cool is it when your superpower is locked inside a name? The Shazam Say My Name T-Shirt reveals that the hero formerly known as Captain Marvel wants everyone to say his name… which is Shazam these days, just in case you didn’t know.

This red 100% cotton tee is almost like a test, or maybe a public service announcement. The World’s Mightiest Mortal tells people to say his name as lightning blasts him. If someone behind the times blurts out a certain Marvel hero’s name instead of saying Shazam, you have the chance to set them on the path of knowledge and righteousness.

The Shazam Say My Name T-Shirt is available for $18.99 – $21.99 at SuperHeroStuff.com, and Rout.com can keep you informed of any lower prices for the shirt.