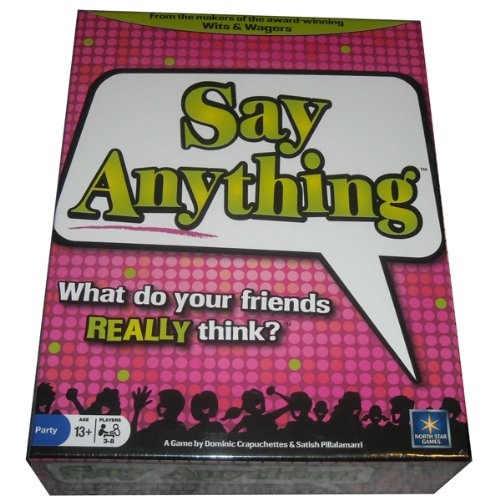 I usually find that some people are more honest when you don’t give them time to think and just ask them to say whatever is in their minds. Either that or you make them a whole lot alcohol to get to the bottom of things. However, there’s no need to resort to such tactics if you’re playing the Say Anything Game.

In the Say Anything Game, players each answer questions that have raised a lot of opinions all over the world. Some could be serious, others could be more trivial in nature, but the game is a great icebreaker that will let close friends become closer and let acquaintances become better acquainted with one another.

If you’re into games that are most fast-paced, then you might want to look into the Pass the Pigs Pig Party Edition Game or Pass the Bomb Game. 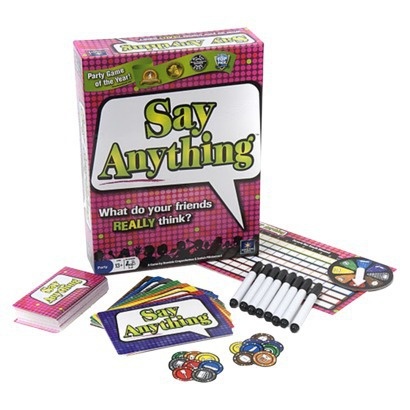 Say Anything Game
From the makers of the award-winning Wits and Wagers comes the next great party game – *Say Anything*. Say Anything is a light-hearted game about what you and your friends think. It gives you the chance to settle questions that have been hotly debated for centuries. For instance, “What’s the best movie of all time?” or “If I could have a BIG anything, what would it be?” So dig deep into your heart or just come up with something witty – this is your chance to Say Anything.

The Say Anything Game is available on Amazon for $18.89

I think most of us grew up watching Sesame Street, I think some of my coworkers still do, and now we can show our love for these inspirational educators.  With Elmo, Oscar the Grouch, Grover, and Cookie Monster to choose from, these Sesame Street Knit […]

Say What You Meme Game

You’ve seen everyone else’s memes, even passed them around. Now make your own in the Say What You Meme Game. This hilarious party game lets you create your own memes and decide which one is the funniest. Just like the popular Internet memes on social […]

Doctor Who ‘Say Something Nice’ Poster

The Doctor Who ‘Say Something Nice’ Poster is probably the only way to get this close to Missy without putting your life at risk… and even that’s not a guarantee of safety because Missy can be a tricky little minx. Say something nice. Such an […]