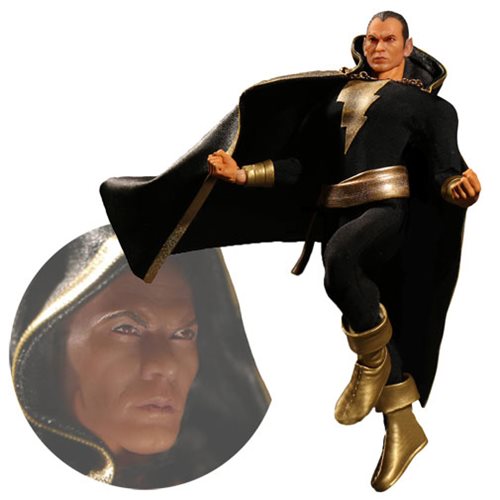 The lightning strikes and one of the mightiest Marvels in the DC Universe rises as the Shazam! Black Adam One:12 Collective Action Figure.

Black Adam has held many roles – hero, villain, anti-hero – but now he fills the role of awesome Mezco action figure with this approximately 6 1/2-inch tall One:12 figure that features Marvelous accessories such as interchangeable hands, a lightning bolt effect, and figure stand with posing post.

The Shazam! Black Adam One:12 Collective Action Figure will be available August 2017 but it can be pre-ordered now for $79.99 at Entertainment Earth.

This Superman One:12 Scale Collective Action Figure from Mezco Toyz is digitally modeled to render a hyper-realistic sculpt that has over 32 points of articulation and comes with a variety of interchangeable accessories. It even has a cloth costume and stands about 6 1/2-inches tall. […]

Look! Up in the sky! It’s a bird that can breathe in space! It’s a plane that can fly in space! No! It’s… the Space Ghost Glow-in-the-Dark 1:12 Collective Action Figure. You probably thought the Space Ghost Pop! Vinyl Figure was the only way to […]