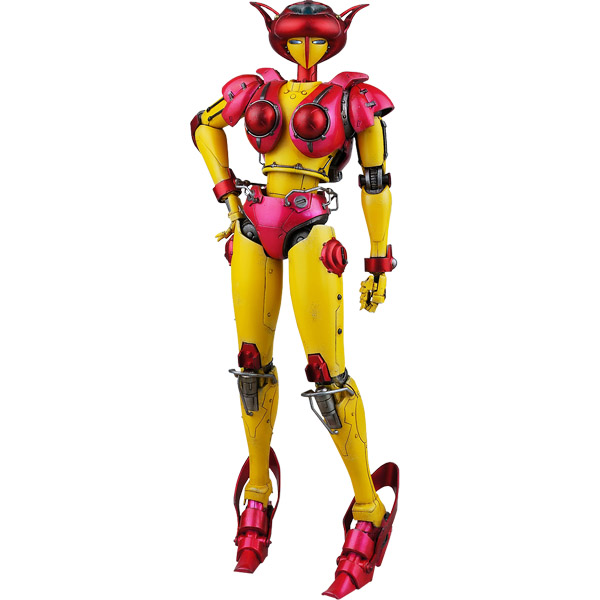 Mazinger Z, also known as Tranzor Z to US audiences, has defended the world against many threats, but the big guy occasionally needs a helping hand. Aphrodite A sometimes provided that assistance, although her first incarnation was weaponless because she was initially designed for geological research. Eventually, the giant robot was upgraded with the Oppai Missile System, which is a feature that’s also included with this 15-inch-tall figure.

The Mazinger Z: Aphrodite A Collectible Figure will be available March 2015 but it can be pre-ordered now for $294.99 at Sideshow Collectibles.

Accessorize your phone in a wonderful way with the Wonder Woman Beautiful As Aphrodite Phone Case, and bestow some heavenly attributes to your iPhone or Galaxy smartphone. In one of the earlier incarnations of the Amazon from Paradise Island, Princess Diana received the blessing of […]

This ceramic miniature sculpture of Aphrodite, the Greek famous goddess of beauty and love, doubles as a USB hub with four available ports for your precious gadgets.