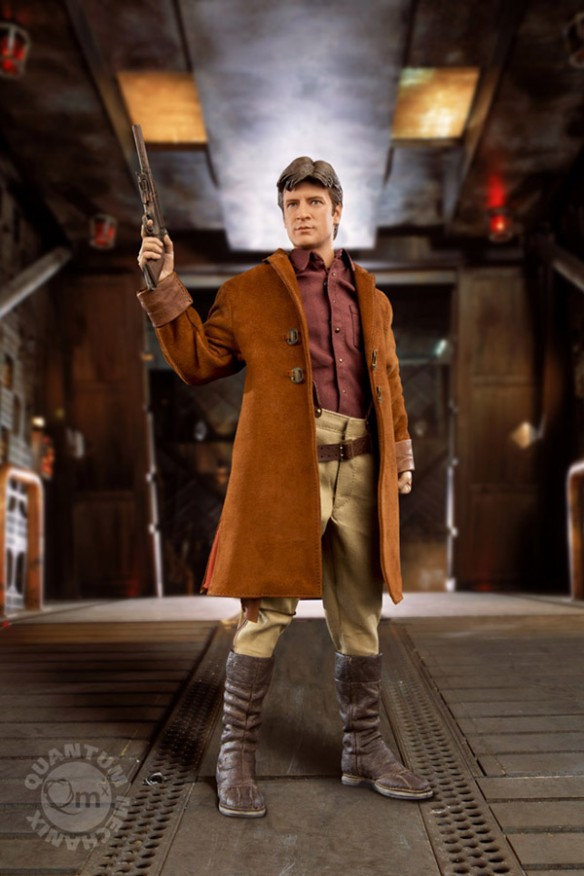 Shiny doesn’t even begin to describe the Firefly Malcolm Reynolds 1:6 Scale Articulated Figure, which is sure to have Firefly fans aiming to misbehave in all kinds of ways when it comes to keeping tabs on their spending.

Sure, you probably told yourself that your Browncoat collection is getting out of hand and that it’s time to get things under control. But that was before you discovered this bit of awesomeness – the first screen-accurate, realistic, 1:6 scale, articulated collectible figure of Malcolm Reynolds. Would Mal listen to the voice of reason when discussing a haul this big? Of course not, so why should you?

Standing 12-inches tall and featuring a realistic renderings of actor Nathan Fillion, this figure comes with a shipload of goodies, including:

The Firefly Malcolm Reynolds 1:6 Scale Articulated Figure won’t be available until Q3 2014, and, sadly, it can’t even be pre-ordered yet. However, you can sign up for the Waiting List at QMXOnline.com, which is the smart thing for Browncoats to do because people on the Waiting List get first shot at pre-ordering.

Wear this Firefly Malcolm Reynolds’s Gun Holster & Belt with pride and be the big damn hero you were born to be. It is perfect for cosplay or Halloween. It is made with genuine leather with solid metal details, making it oh so shiny. It […]

The Firefly Malcolm Reynolds Pop! Vinyl Figure aims to misbehave because not even the Funko treatment can make Captain Tightpants obey the rules. Wearing his brown coat and armed with his trusty pistol, the 3 3/4-inch-tall Captain Mal is ready to be a big damn […]

Two fandoms collide and two smugglers join forces to bring us the awesomeness of the Han Solo and Captain Malcolm Reynolds Partners in Crime T-Shirt. Han Solo might have a slight edge because he was the first space-traveling smuggler with a heart of gold but […]

This Firefly Malcolm Reynolds Pocket Plush is aiming to misbehave. He will look great on your shelf, hanging out of your backpack, pocket or wherever you want to display him. This Malcolm Reynolds plush is the perfect companion for all your adventures. He stands 8-inches […]