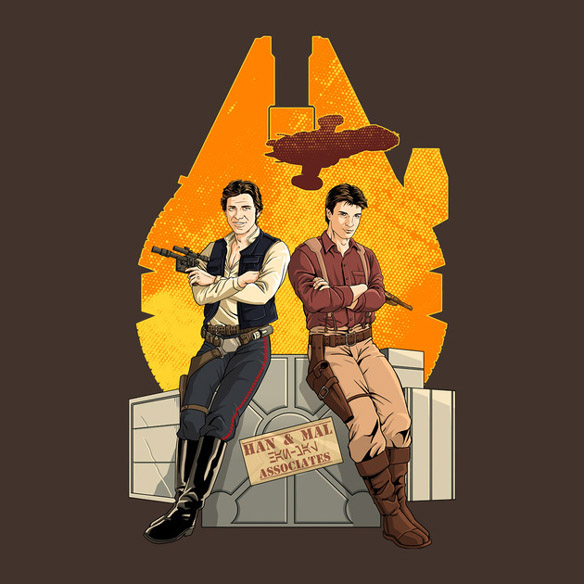 Two fandoms collide and two smugglers join forces to bring us the awesomeness of the Han Solo and Captain Malcolm Reynolds Partners in Crime T-Shirt.

Han Solo might have a slight edge because he was the first space-traveling smuggler with a heart of gold but Captain Mal packs a little more cool-power simply because he has an awesome crew to back him up; no offense to Chewbacca.

Artist Saqman delights Star Wars fans and Browncoats with a piece that has Han and Mal going into business together to create one heck of an import/export business. 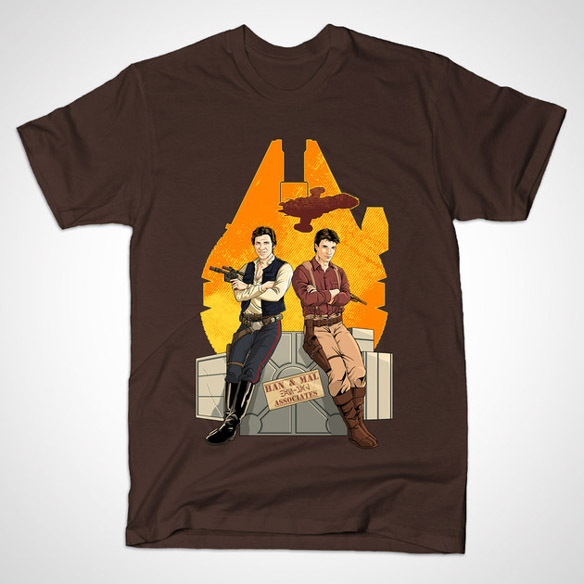 The Han Solo and Captain Malcolm Reynolds Partners in Crime T-Shirt is available for $20 at Tee Public and for $27.65 at RedBubble.com.

The Firefly Malcolm Reynolds Pop! Vinyl Figure aims to misbehave because not even the Funko treatment can make Captain Tightpants obey the rules. Wearing his brown coat and armed with his trusty pistol, the 3 3/4-inch-tall Captain Mal is ready to be a big damn […]

Wear this Firefly Malcolm Reynolds’s Gun Holster & Belt with pride and be the big damn hero you were born to be. It is perfect for cosplay or Halloween. It is made with genuine leather with solid metal details, making it oh so shiny. It […]

This Firefly Malcolm Reynolds Pocket Plush is aiming to misbehave. He will look great on your shelf, hanging out of your backpack, pocket or wherever you want to display him. This Malcolm Reynolds plush is the perfect companion for all your adventures. He stands 8-inches […]