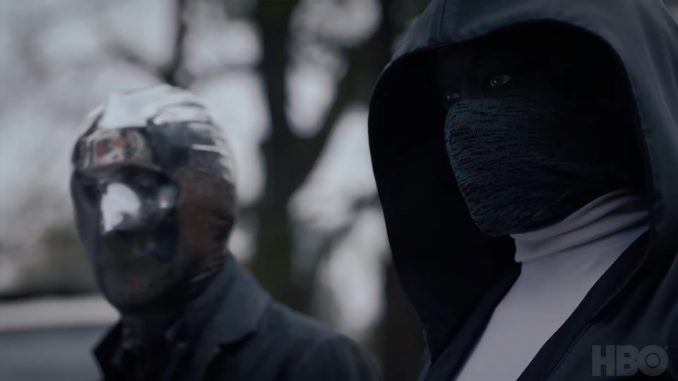 There’s a new series coming to HBO based on the groundbreaking graphic novel Watchmen. As you can see by the Teaser Trailer and Comic-Con Trailer, this show will be quite different than the Zack Snyder film from 2009. Get to know a bit more about the new show in this Watchmen: Featurette Video.

The wicked ride starts 10/20. Watchmen examines how we as a society feel about heroes, most notably people who wear masks and fight crime.

Watchmen is based on the graphic novel co-created and illustrated by Dave Gibbons and published by DC.

Today HBO released the Watchmen Official Comic-Con Trailer, the followup to the Teaser Trailer from last May. This television series, which will debut in October on HBO, is based on Alan Moore’s acclaimed graphic novel as remixed by showrunner Damon Lindelof. See the Watchmen Official […]

Empire Brands, manufacturers of Wicked Audio and their top selling headphones, will be releasing the new Solus over the ear headphones at CES 2012 in Las Vegas. Like all of the past Wicked Audio products we’ve shown you, the Solus Headphones will be of the […]

There’s plenty of new horror films on the way, with new trailers for The Silence, Scary Stories to Tell in the Dark, Annabelle Comes Home, The Dead Don’t Die, and Pet Sematary released in just the last few days. However, this Extremely Wicked, Shockingly Evil […]

If you’ve seen the movie Watchmen, you know how creepy the masked vigilante Rorschach looked, with the constantly morphing ink blots on the face of his mask. Now you can capture the same creep look with one of these Replica Moving Inkblot Rorschach Masks. Yes, […]

Fantastic Beasts: The Crimes of Grindelwald – Back To Hogwarts Featurette

This Fantastic Beasts: The Crimes of Grindelwald – Back To Hogwarts Featurette shows J.K. Rowling, Eddie Redmayne (Newt Scamander), Jude Law (Albus Dumbledore), and Christian Manz (VFX Supervisor) as they reminisce over the magic of their Hogwarts memories from the Harry Potter films and contemplate […]