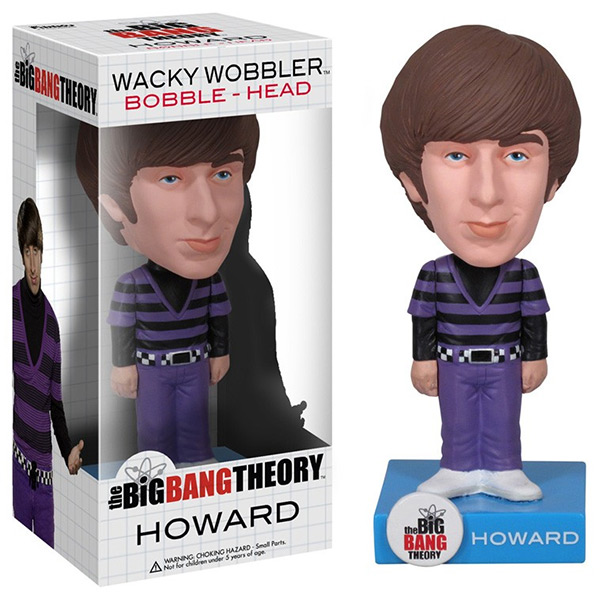 A few days ago we brought you word of the Sheldon Bobblehead, and now comes The Big Bang Theory Howard Wolowitz Bobblehead. Now that these two have been released, I wonder how long before we see bobble heads of Penny, Leonard, and Raj.

As with the Sheldon bobble head, the Howard model stands six inches tall, is made of vinyl, and features a display base with the Big Bang Theory logo and the character’s name.

Order the Howard Bobblehead for $12.95 from Neatoshop.com. Also available for $12.99 from EntertainmentEarth.com.