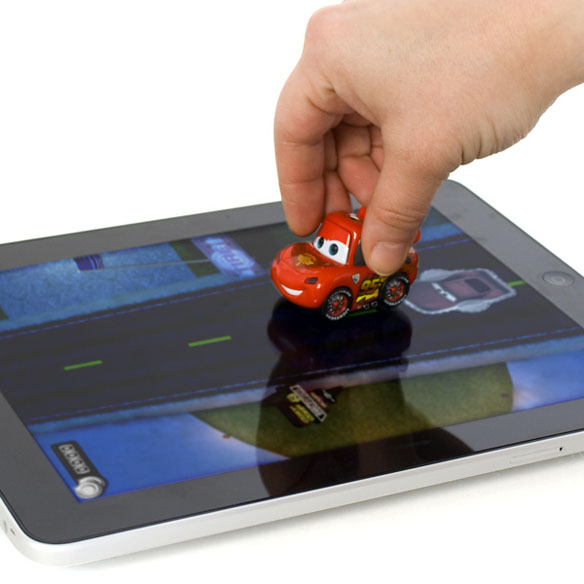 I think the iPad is a godsend. I’ve come to rely on it for most of things I have to do when I’m out of the house, like checking my email, doing some last-minute shopping online, looking up information or phone numbers for restaurants and delivery places, and more. I also use it regularly to kill the time and kill boredom by firing up the multitude of apps I’ve downloaded from the App Store.

My nephew also loves playing games on the iPad. His favorite so far? The interactive game that requires the Appmates Cars 2 Lightning McQueen. Basically, you get a tiny Lightning McQueen in package. Then you head on over to the App Store to download the free app and you’re off. The game is part-racing, part-adventure and will surely give you and your tots a grand old fun time!

Appmates is like the iPawn Games in the sense that you’re using real game tokens to play the virtual game on your iPad. Cool beans. 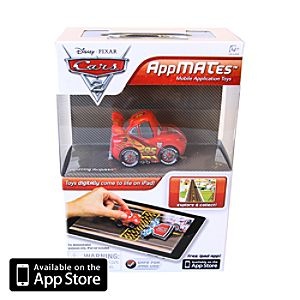 Thanks to Appmates Cars 2 Lightning McQueen you can use its ingenious touchscreen to guide Lightning all around the Cars universe.

How? Just fire up the free app on your iPad and place your dinky Lightning McQueen model on the tablet’s flat screen. A whole world will open up for Lightning to explore. Simply move the little red racer over the surface of the iPad to drive him around, interact with objects, collect bonus items, race against his opponents and meet familiar faces. Scenes range from sleepy Radiator Springs to neon-lit Tokyo. With sound effects and voices from the Cars movies, it’s the ultimate way for your young ones to play with their favorite characters on your favorite gadget.

The Appmates Cars 2 Lightning McQueen is available for pre-order from Firebox for £12.99 ($20.)