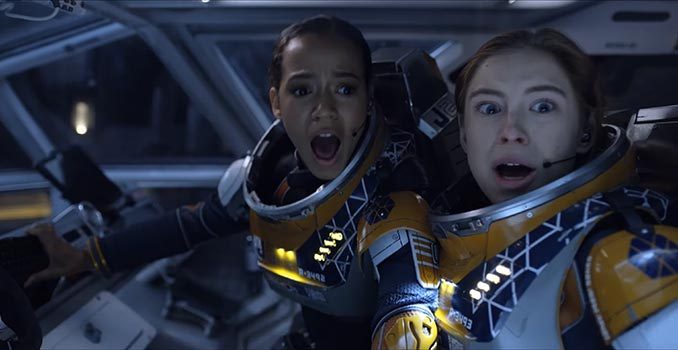 First came the Teaser, then the Official Trailer, and now Netflix has released a new video: Lost in Space Featurette: The Robinsons’ Journey. All of this has countless fans eager for the April 13th release of Lost in Space on Netflix. This video focuses on how Lost in Space will be a family adventure and emotional roller coaster set in a future with the Robinsons in a precarious situation, encountering alien species and dangerous obstacles to their survival.

Meet the Robinson family as they blast off on an edge-of-your-seat adventure to establish a new colony in space, but find themselves suddenly pulled off course and crash landed on a lost planet. This first featurette provides an inside look into the family, the lost planet, and the adventures they embark on together. Lost In Space launches globally on Netflix April 13th.

Lost In Space B-9 Bottle Opener

Lost In Space is a true classic. And if you are a fan of the B-9 robot from the show, check out this Lost In Space B-9 Bottle Opener. The Lost in Space Class M-3 Model B9 General Utility Non-Theorizing Environmental Control Robot is at […]