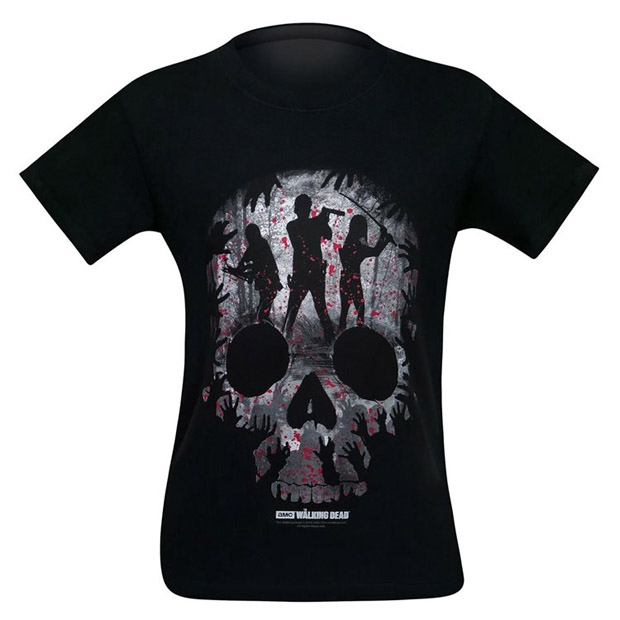 Three iconic silhouettes stand against a rising tide of the undead on the Walking Dead Skull Heroes Montage T-Shirt.

Sometimes Morgan wants to fight and sometimes he doesn’t. Sometimes, Carol just wants to bake cookies and sometimes she just wants to drop napalm on everybody. However, certain things do remain unchanged in the world of the Walking Dead, and one of those things is that long-time TWD fans will instantly recognize these featureless shadows as Rick Grimes, Daryl Dixon, and Michonne because of their iconic stances.

The eye-catching image, complete with The Walking Dead logo, is featured on an officially-licensed 100% preshrunk cotton t-shirt, and it’s the perfect thing to wear while waiting for the new season of the popular AMC drama. 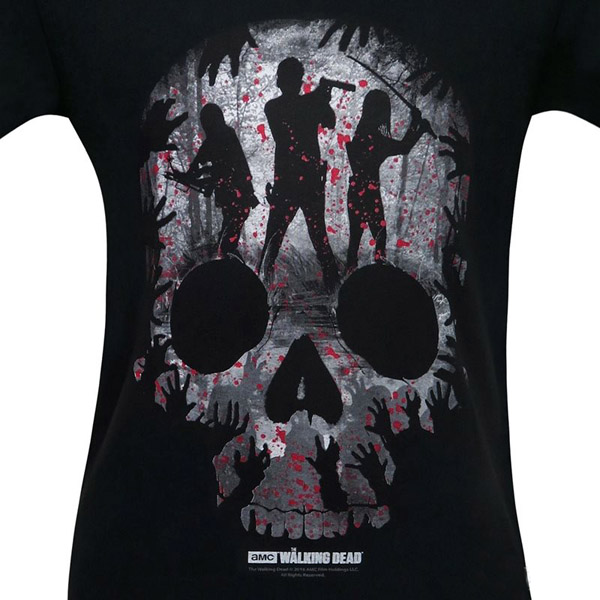 Grab your crossbow and take aim at discounts and low prices on The Walking Dead shirts at Rout.com.

The Governor really knew a thing or two about stylish decor because his little private room had a very eye-catching centerpiece. The Walking Dead Zombie Heads T-Shirt lets you display the same style skills without needing a private room, as well as not having to […]