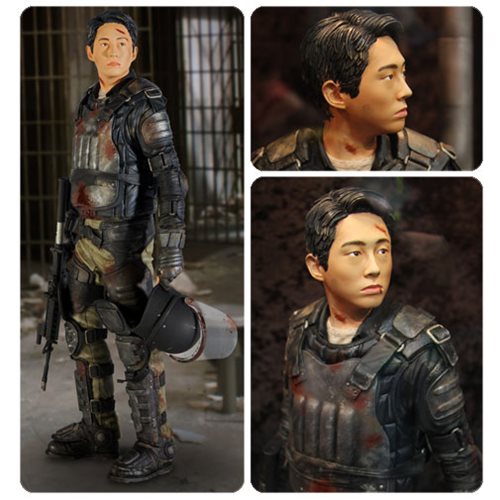 The Walking Dead Glenn In Riot Gear 1:4 Scale Statue lets you bring home a little action from Season 3 of the hit AMC series.

Everyone knew things would get rough when it was time to battle the Governor, which is why Glenn took advantage of living in a prison and suited up in some slightly used riot gear.

The Walking Dead Glenn In Riot Gear 1:4 Scale Statue will be available April 2016 but it can be pre-ordered now for $404.99 at Entertainment Earth.