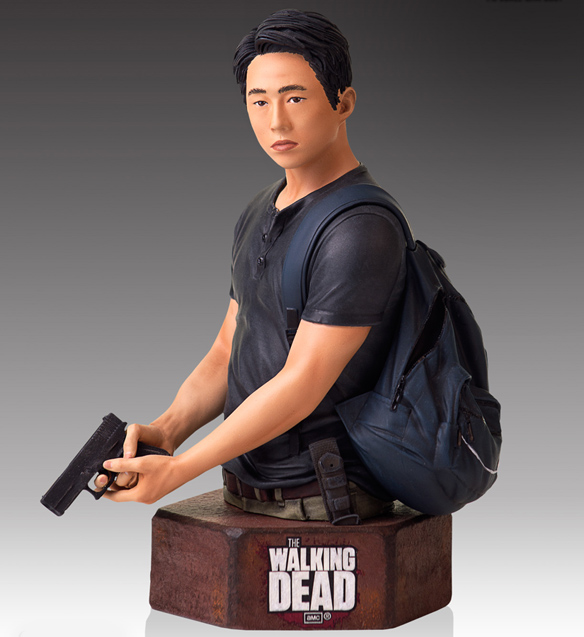 If Glenn dies, we riot. Okay, maybe not, but the Walking Dead Glenn Rhee Mini-Bust is still a nice thing to have if you’re a Walking Dead fan.

Rick has that special type of crazy that lets him rip a guy’s throat out with his teeth, and Daryl can live off the land and kill walkers as easily as most people breathe, but Glenn has a very special talent that everyone will want during the zombie apocalypse because he was able to find love.

Yes, while dead bodies are walking around and feasting on fresh meat and nobody has had a bath or a close encounter with a tooth brush in ages, good ol’ Glenn was able to win the heart of Maggie Green. Everyone else can hope to be Daryl when the apocalypse happens but I want to be Glenn.

The limited-edition bust was made using photographic references of actor Steven Yeun directly from the set of The Walking Dead.

The Walking Dead Glenn Rhee Mini-Bust will be available December 2015 but it can be pre-ordered now for $89.99 at Entertainment Earth.

The Walking Dead Glenn In Riot Gear 1:4 Scale Statue lets you bring home a little action from Season 3 of the hit AMC series. Everyone knew things would get rough when it was time to battle the Governor, which is why Glenn took advantage […]