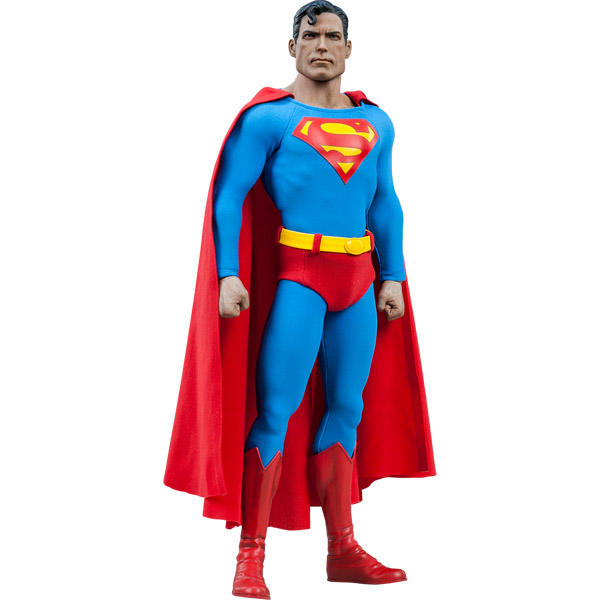 Forget DC Comics’ New 52 because the Superman Sixth Scale Figure is all about the Man of Steel’s classic look. Sure, the red undies are once again on the outside but the New 52 redesign took things a little too far by giving Kal-El armor. He’s the frickin’ Man of Steel! He don’t need no armor.

Standing 12-inches tall, this Superman wears the familiar body suit that he’s worn through most of his 75 years in comic books, and he comes with 3 highly-detailed head sculpts. To add an extra dimension to Supes’ posing abilities, the figure also comes with 2 capes (a poseable one and a free-flowing one) and a display base that allows for either standing or flying poses.

The Superman Sixth Scale Figure will be available January 2015 but it can be pre-ordered now for $199.99 (or for as little as $66.66/month) at Sideshow Collectibles.