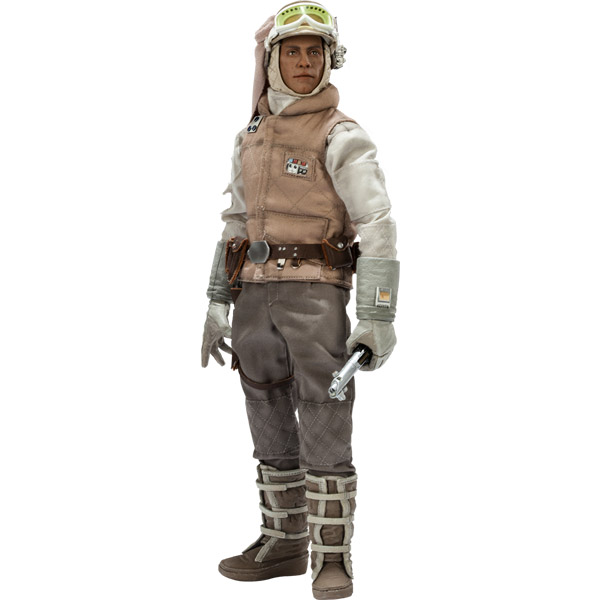 Before he became an all-powerful Jedi master, he was just a guy trying to avoid a nasty case of frostbite, and the Commander Luke Skywalker Hoth Sixth-Scale Figure captures our frozen hero as he was depicted in Star Wars: The Empire Strikes Back.

To make sure he’s equipped to handle anything the harsh environment might throw his way, Luke also has his trusty blaster, lightsaber, and a pair of binoculars. It’s even possible to hook him up with his frosty ride, with the Tauntaun Sixth Scale Figure.

The Commander Luke Skywalker Hoth Sixth-Scale Figure will be available October 2014 but it can be pre-ordered now for $199.99 (or for as little as $66.66/month) at Sideshow Collectibles. Limit of one piece per person.

Red Five will be standing by when you add the Luke Skywalker Red Five X-Wing Pilot Sixth-Scale Figure to your Star Wars collection. Before he was a Jedi Master, before his confrontation with his father, the farmboy from Tatooine was a pretty decent X-Wing pilot; […]

Relive all of the excitement of Luke’s encounter with the Wampa monster thanks to this Star Wars The Black Series Hoth Luke Skywalker 6-Inch Action Figure with Wampa. This package includes a Hoth Luke Skywalker action figure and the mighty Wampa. Luke comes with a […]