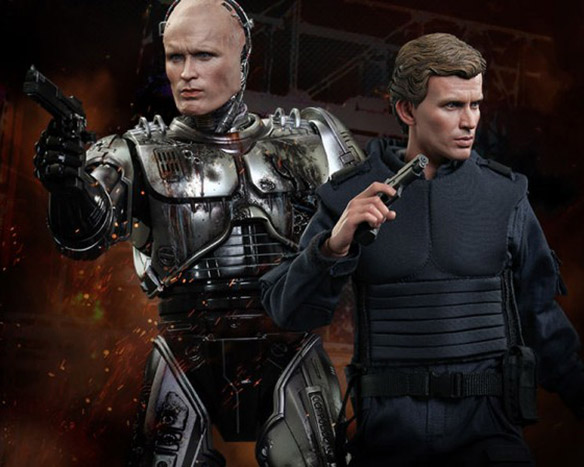 I’d buy that for a dollar. Of course, the Battle-Damaged Robocop and Alex Murphy Sixth-Scale Figure Set is worth a lot more than a buck, especially since Peter Weller’s face is on both figures.

Before he was breaking the law in Charming, Peter Weller was upholding the law in Robocop, taking down the bad guys even after being fatally shot. Now, Weller’s movie-accurate likeness is on both the Robocop and Alex Murphy figures, which also come with loads of accessories. Robocop even has a working holster on the right thigh.

The Battle-Damaged Robocop and Alex Murphy Sixth-Scale Figure Set will be available July 2015 but it can be pre-ordered now for $439.99 at Sideshow Collectibles.

A sharp-eyed cop sees the man behind the machine on the Robocop ‘Murphy It’s You’ T-Shirt. Officer Alex Murphy was a good cop trying to do the right thing when he caught a bullet between the eyes. With a little hi-tech help, he was soon […]