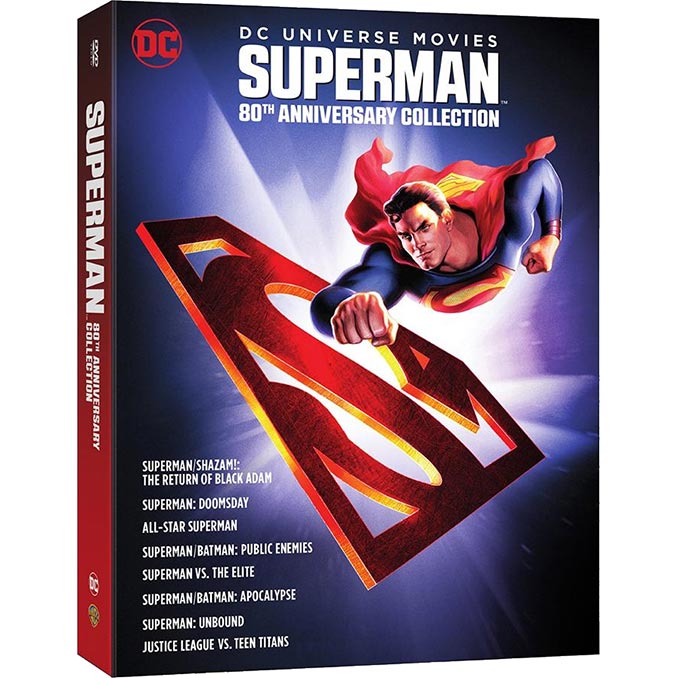 Superman: 80th Anniversary DC 8-Film Collection on Blu-ray/DVD was released today. Earth’s greatest protector is 80 years old! Technically, Superman is 85 years old, since he was created by high school students in Cleveland, Ohio in 1933. However, it was in 1938 that Detective Comics (now DC Comics) purchased the character, which is why 2018 is the official 80th anniversary. 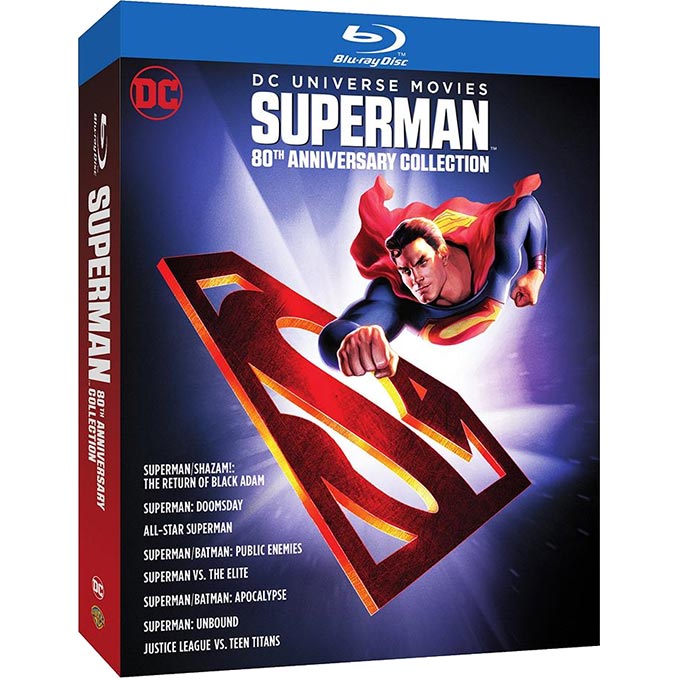 For 80 years, the citizens of Metroplois and beyond have called upon one hero to see to their rescue during times of great catastrophe and disaster. Superman has bested insurmountable foes against the greatest of odds to keep earth safe. Lex Luthor, Doomsday, Brainiac and other evil adversaries have all gone down in defeat against Krypton’s greatest son. Join the celebration as the Man of Steel faces off against more otherworldly terror in this eight-movie DC Universe collection.