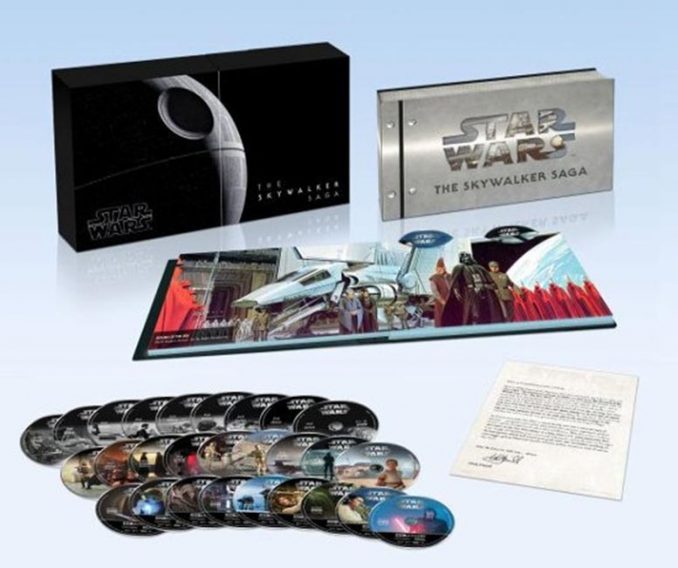 Today, being May the 4th, is a perfect time for a Star Wars movie marathon. There’s no better way to watch it than on 4K, which is what you get for all 9 movies with the Star Wars: The Skywalker Saga (4K Ultra HD Blu-ray/Blu-ray).

There is a collectible artwork book as well as 27 discs. Why so many? For each movie, you get three discs: 4K Blu-ray, Blu-ray, and Blu-ray bonus disc. Note that this doesn’t include Rogue One or Solo, so this is what you get:

This collection features the wonder of the entire Star Wars saga, capturing the moments from a young Anakin Skywalker’s descent into the dark side to the rise of the Resistance and their struggle to restore peace in the galaxy. The story that electrified a generation comes to a striking conclusion.