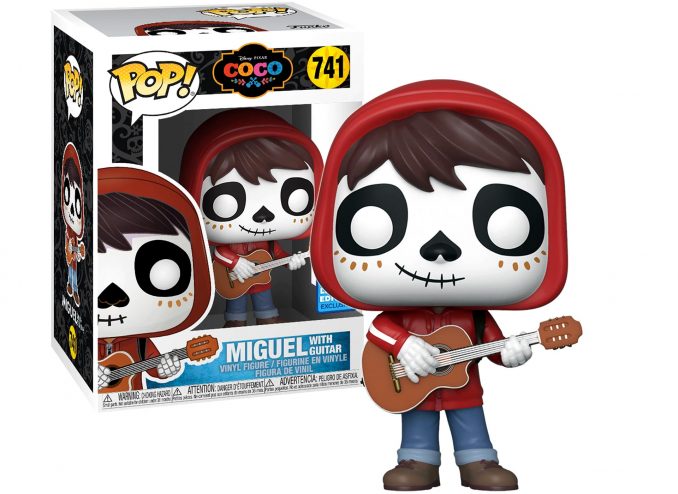 Fans of Disney Pixar’s Coco will want to get one of these limited edition Funko Pop! Disney Pixar Coco Miguel with Guitar – Convention Exclusive vinyl figures.

It features Miguel in his skeleton disguise playing the guitars. It is Funko Pop! #741 and is a 2020 Spring Convention Exclusive.

The music… it’s not just in Miguel, it is Miguel. Ready to make a memorable impression, the passionate musician from Disney•Pixar’s Coco has been reimagined as a limited edition Pop! figure, complete with his trusty guitar and skeleton disguise!

This Funko Pop! Disney Pixar Coco Miguel with Guitar can be purchased for $15 at BoxLunch.com.

If you’re a fan of PIXAR’s Coco, or you just like sugar skulls, check out this dazzling Coco Sugar Skull Mug. It’s a ceramic hot beverage mug that features a Dia de los Muertos skull on the front and the film logo, guitar art, and […]

This Funko Pop! Town Disney Pixar Up Kevin with House may have been a convention exclusive, but you can still get one for yourself. It features Kevin, the South American bird, along with Carl’s house, with a bundle of balloons attached, from the hit Disney […]

If you still think the Air Guitar PRO requires too much boring practicing, try this virtual guitar that will let you be a guitar hero using a minimum of skill.