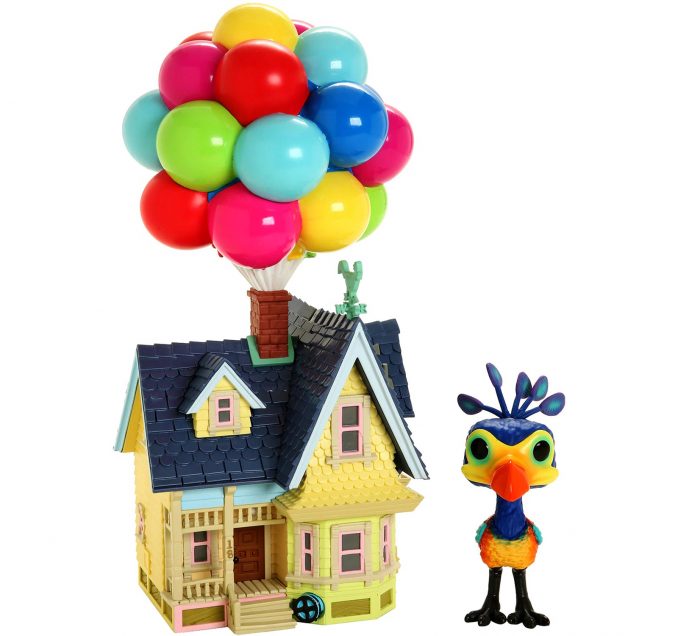 This Funko Pop! Town Disney Pixar Up Kevin with House may have been a convention exclusive, but you can still get one for yourself. It features Kevin, the South American bird, along with Carl’s house, with a bundle of balloons attached, from the hit Disney Pixar movie Up.

Available exclusively at BoxLunch, the Funko Pop! Town Disney Pixar Up Kevin with House retails for $50.

Inspired by the Live Action Dumbo Movie that is currently in theaters, these Funko Pop! Disney Dumbo Figures are as cute as can be. There are three different versions of these adorable vinyl figures: one where the flying elephant is wearing a fireman’s hat and […]

This Funko Pop! Town Ghostbusters Venkman with Firehouse is the perfect set of vinyl figures for fans of the movie. It includes Dr. Peter Venkman (Bill Murray’s character in the movie) covered in ghost slime, as well as the iconic firehouse the Ghostbuster’s used as […]