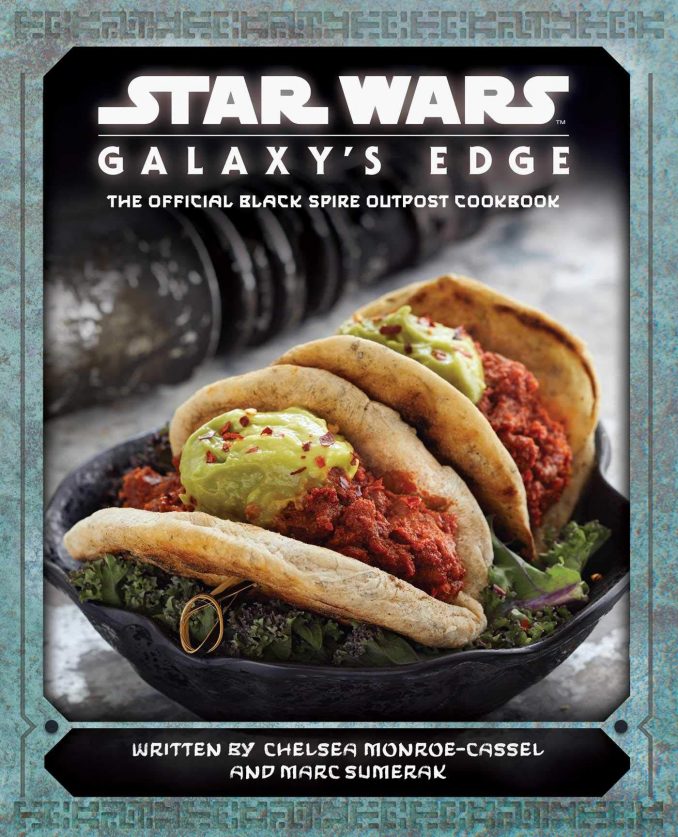 If you’re tired of the same old food and would prefer out-of-this-world meals and treats from a galaxy far, far away, this Star Wars: Galaxy’s Edge Official Black Spire Outpost Cookbook is just the ticket.

Inspired by the cuisine from the exciting new Star Wars: Galaxy’s Edge themed lands at Walt Disney World and Disneyland, this 175 page cookbook is loaded with recipes for tasty dishes you’ll enjoy.

Strono “Cookie” Tuggs was the head chef at Maz Kanata’s castle on Takodana for the last century, before it was destroyed by the First Order. Now, he cooks up grub for Batuu natives and off-worlders at Docking Bay 7 in Black Spire Outpost. Though his old kitchen may have been destroyed, he still has his recipes and they’re now available for you to enjoy! Taste dishes from Batuu to Bespin with this real world cookbook inspired by Star Wars: Galaxy’s Edge.

Star Wars: Galaxy’s Edge Official Black Spire Outpost Cookbook is available at BoxLunch. You can also find it at Hot Topic and Amazon.

With the The Nerdy Nummies Cookbook: Sweet Treats for the Geek in All of Us, you’ll learn how to make geeky treats from the star of the Internet’s most popular baking show. You’ll find recipes from some of the most popular fan favorites from the […]

Check out The Outpost Teaser Trailer to preview the new fantasy series coming to The CW. It stars Jessica Green as Talon, Imogen Waterhouse as Gwynn, Jake Stormoen as Garret, and Anand Desai-Barochia as Janzo. The Outpost premieres Tuesday, July 10 at 9/8c on The […]