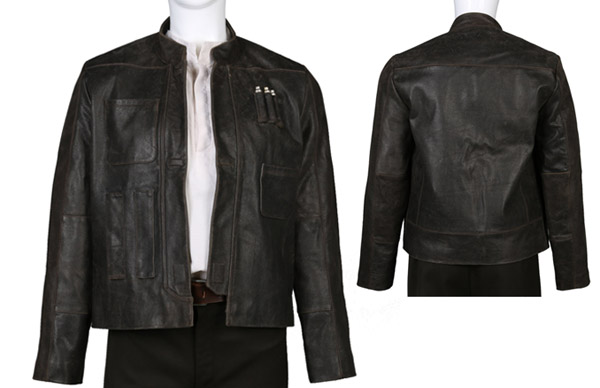 Now you can look like a scruffy-looking nerf herder with the Star Wars The Force Awakens Han Solo Jacket.

Smuggler. Scoundrel. Hero. Father of a Darth Vader wannabe. Han Solo has covered all the bases, and now you can share the same fashion sense of a man who put way too much trust in his son at the wrong time.

You don’t have to be strong with the Force to find great deals on Star Wars: The Force Awakens merchandise at Rout.com.