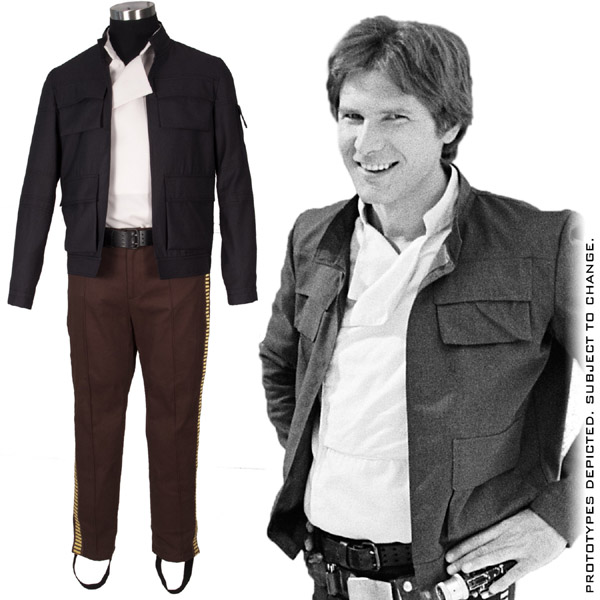 Who wants to look like a scruffy-looking nerf-herder? You do, and now you can with the Star Wars: Empire Strikes Back Han Solo “Bespin” Clothing Replica Ensemble.

Han was rocking the vest in “A New Hope,” but he decided to go with a more formal-looking long-sleeve look in “The Empire Strikes Back,” and that look can now be yours, whether you want to dress as everybody’s favorite scoundrel for Halloween, a bit of cosplay, or just to get attention while out grocery shopping.

The highly-detailed outfit was created after studying original screen-used costumes, hundreds of photographs, and some of the surviving actual paper patterns, which were provided by LucasFilm Archives.

The Star Wars: Empire Strikes Back Han Solo “Bespin” Clothing Replica Ensemble will be available later this summer but it can be pre-ordered now for $960 at Anovos Productions. To complete the look, you can also get the Han Solo Holster Rig Set (pictured above in one of the pics) for $375.