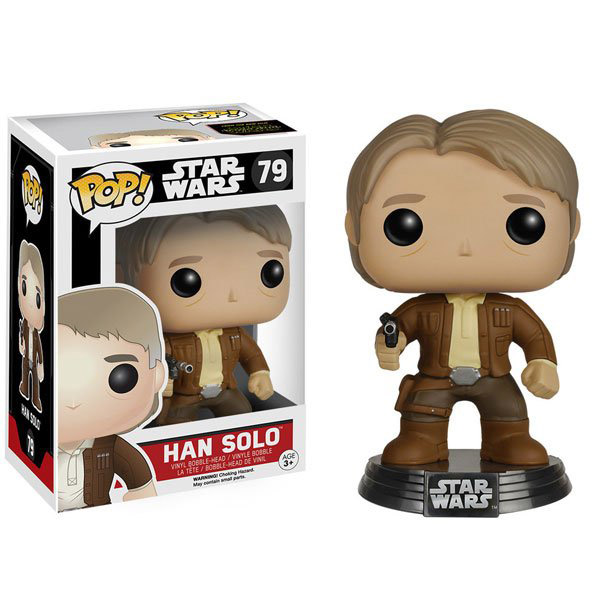 The scruffy nerf-herder is back with the Star Wars The Force Awakens Han Solo Pop! Vinyl Bobble Head. He’s a little grayer and still rough around the edges, but just like the Millennium Falcon, he’s got it where it counts, kid.

The smuggler with a heart of gold has not had the smoothest ride through life since Return of the Jedi. He lost the love of his life. He lost his son. He lost his ship. At least he was able to get his ship back.

Standing 3 3/4-inches tall and with just a bit of snow on the ol’ rooftop, Han has his blaster ready, prepared to take on the First Order.

Celebrate the movie that started it all with the Star Wars Pop! Han Solo 2017 Galactic Convention Exclusive Vinyl Bobble-Head. The captain of the Millennium Falcon has had a few different looks while battling the Empire and First Order but nothing beats that classic black […]

Chewie, the Star Wars Han Solo Pop! Vinyl Figure Bobble Head is home… or at least it will be as soon as you buy it. Standing 3 3/4-inches tall and dressed in Han’s outfit from Star Wars: A New Hope, this bobble head is ready […]