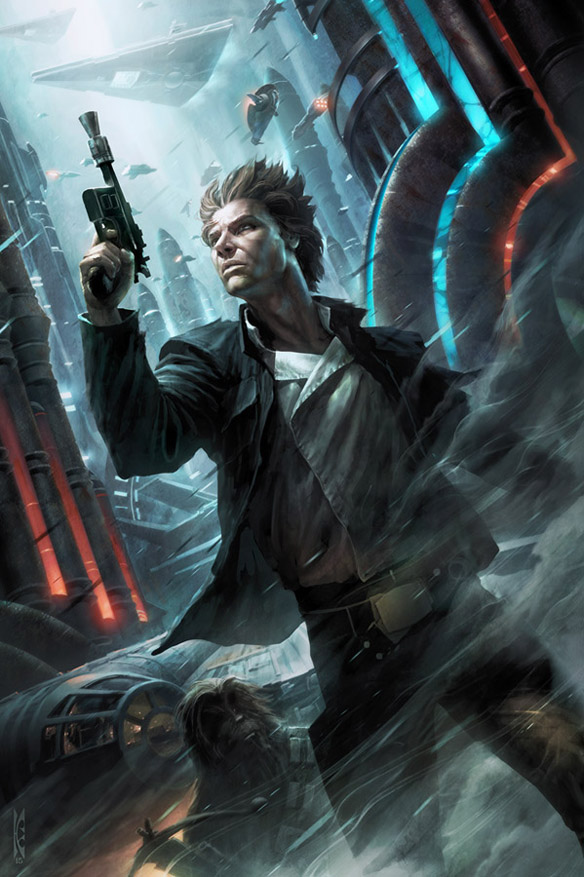 The odds are stacked against Solo and Chewbacca on the Star Wars Han Solo Ahead of the Odds Art Print, but the smuggler who became a hero who became a smuggler prefers it that way.

Measuring 17″ x 22″ and printed on canvas, this eye-catching print reveals an unknown moment in the history of Han Solo, with the smuggler and his Wookiee pal trying to avoid detection by the Star Destroyers overhead. The Millennium Falcon sits in the background, ready to fly our heroes out of danger if things get too rough on the ground.

The image, created by artist Raymond Swanland, is limited to just 150 pieces that are hand-numbered and signed by the artist.

The Star Wars Han Solo Ahead of the Odds Art Print will be available later this month but it can be pre-ordered now for $494.99 at Entertainment Earth.

Han Solo never likes to hear what his chances of survival are because the reality of almost-certain death could throw off his mojo… or make him more determined than ever to come out on top. The Star Wars Never Tell Me the Odds T-Shirt lets […]