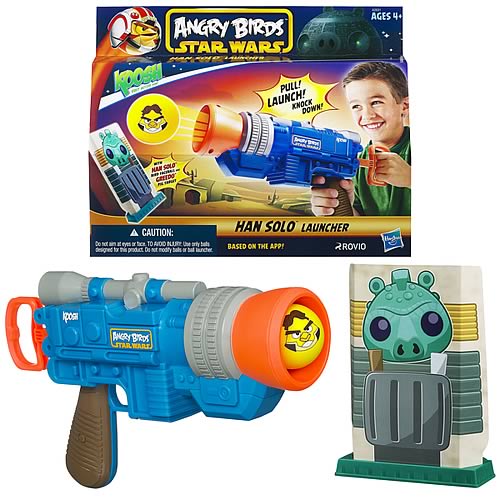 A long time ago in a galaxy far away…Actually, right here in this galaxy, Star Wars has merged with Angry Birds. And this Star Wars Angry Birds Koosh Han Solo Blaster will be your favorite weapon.

This Nerf gun is great for smaller hands. It’s Han Solo’s blaster, in Koosh form. This ball blaster even includes a Greedo target(Make sure Han shoots first), collectible faceball, and of course the blue gun itself.

Your kids will love this blaster. Whenever you aren’t playing with it anyway. It’s just $22.99 from Entertainment Earth.