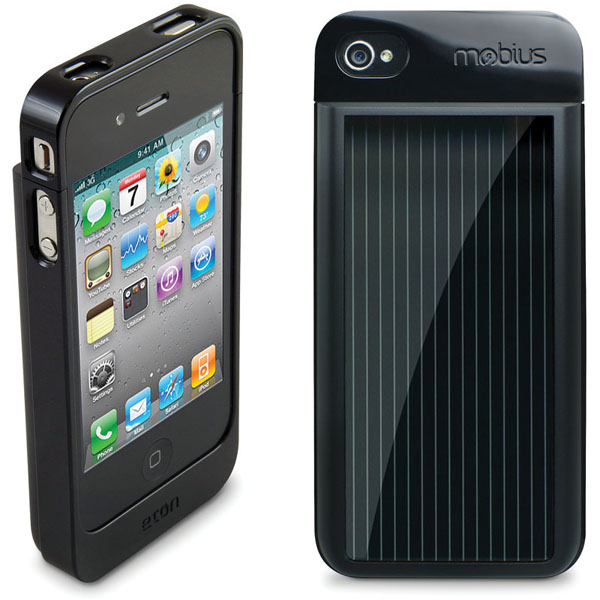 I was extremely pleased with my iPhone 4’s battery power the first few months after I got it. But like every other battery, the one on my smartphone just began to deteriorate. I stopped playing my games on the iPhone for that reason. But if you want to add a bit more battery life to your phone, then you might want to consider getting the Solar iPhone Battery.

The cool thing about the Solar iPhone Battery is that it’s rechargeable via the sun’s energy; which makes it eco-friendly too, if you think about it. It’s kind of like the iCruiser External Battery Pack, only better, because you can actually slip it on directly to the iPhone to give it some power. 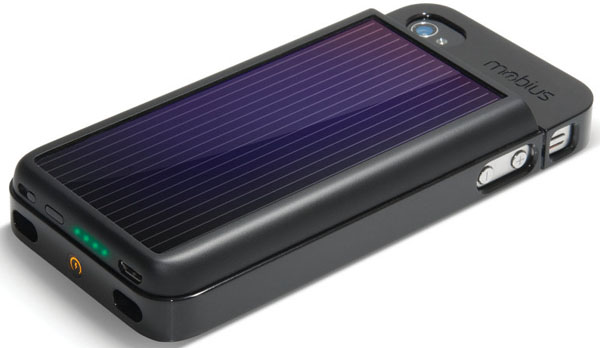 This is the iPhone4 case that recharges from the sun to extend phone operation. Providing up to five additional hours of talk time, eight hours of Internet use, or video playback and up to 32 additional hours of MP3 playback, the case’s built-in battery can be charged in the sun by turning the case onto its back to expose its solar panel.

It can charge by itself or when slipped onto an iPhone4 as a case, connecting to a phone’s 30-pin connector. The battery fully charges when in direct sunlight. Leaving the case’s power switch off retains its charge until switched on; four blinking LEDs indicate the battery is transferring its charge to power an iPhone4.

The Solar iPhone Battery is available from Hammacher Schlemmer for $89.95.

This leather case fits both the 2G and the 3G model of the iPhone and it is using the environmentally friendly solar power technology to provide your cell phone with some extra juice when the standard battery is running flat.

A lot of iPhone cases have come your way recently. Remember the Bottle Opener iPhone Case that had a bottle opener at the back of the case so you could, well, open your bottles? Or the iPWN iPhone Game Boy Case that gives your smartphone […]