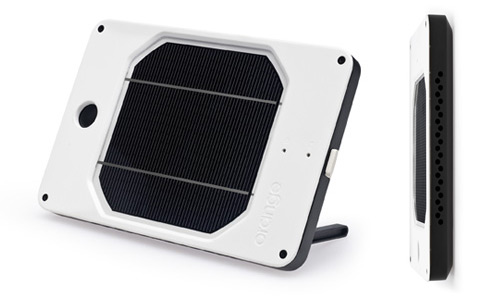 Most of the time we can trust electricity to juice up our beloved electronics and gadgets. But it’s during those desperate moments, when electrical power goes AWOL, that we start to wonder if we should maybe place our bets elsewhere…like on a more obvious power source that’s more accessible and plentiful. The Solar JOOS Orange Portable Charger gets you off the grid, so that you and all your gizmos can go anywhere. 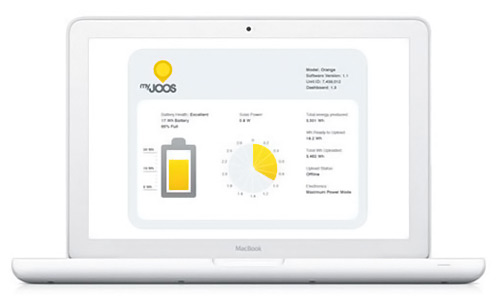 Since the Solar JOOS charger looks like a mini solar panel (and a rather simple one in design), one glance at the device will not provide the details or feedback regarding the levels of power your phone is getting. However, myJOOS Computer Software lets you access the status of your electronics as well as how much solar power the charger has collected from the sun. Is that a pie graph I see there? Yep, that’s geeky. 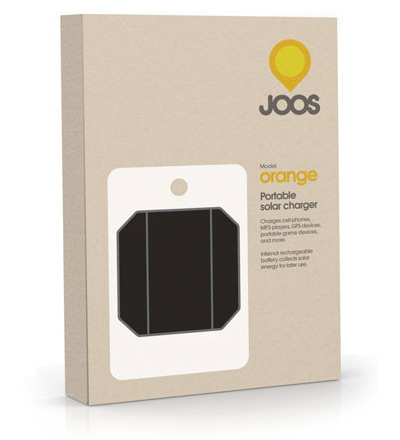 Solar chargers for portable devices have been around for several years now, but what makes Solar JOOS a stellar choice is that it’s built for the rugged situations we humans find ourselves in. If you have spring fever and can’t wait to get outdoors, the JOOS practically begs you to take it with. It’s waterproof and ultra-durable so you don’t have to freak out about it getting destroyed. They even tried to pop a cap in it and found that it still worked.

Solar JOOS Orange is available for $147.99 at Adorama.com. It can also be purchased for $149 direct from SolarJOOS.com and is also available at Amazon.com.

Another interesting charger comes in the form of a camp stove. The BioLite CampStove Gadget Charger gives geeks the power to survive in the wilderness. Living la vida loca is when you’ve got your phone, some s’mores, wieners, and a heat source.

This USB 2.0 compliant 4-port hub doubles as a solar charger. Six included adapters allows you to charge just about any cell phone, MP3 player or other digital product available. This solar charger can be recharged through direct sunlight, AC power or car power. It […]

This solar powered (you also have the option to charge it using a USB cable or A/C adapter) keychain makes sure you’re never without batteries for portable devices like mobile phones, PDAs, MP3 players etc.

This multifunctional solar charger will not only be able to charge handheld devices like cell phones, MP3 players etc., it also comes with a built-in LED flashlight, UV money checker and an FM radio. Multifunctional Digital Solar Charger: Wide applicability: The solar charger can charge […]