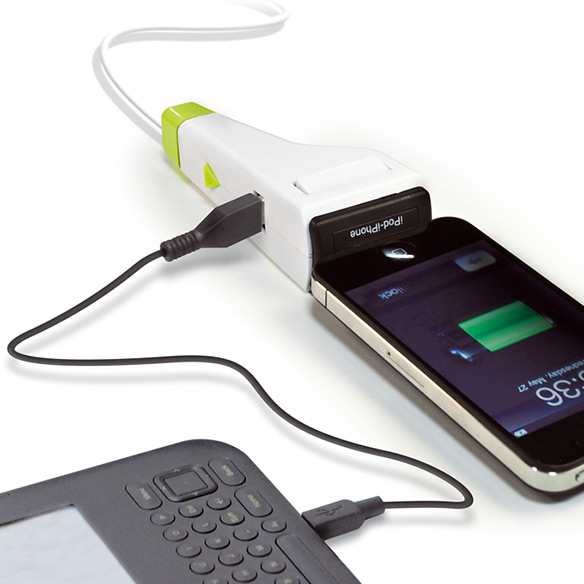 We introduced you to the i1 Eco Universal Charger a few months ago, but now we take a closer look in this hands-on Idapt i1 Eco Universal Charger Review. Compatible with over 4500 devices, capable of charging two devices simultaneously, and functioning at home or in the car, this sounds like a gadget geek’s dream charger. But is as good as it sounds and does it live up to Idapt’s claim of being “the only charger you need.”

When it comes to features, the Idapt i1 Eco is a clear winner. Like other Idapt Products, this charger uses their innovative system of interchangeable tips that allows for compatibility with thousands of devices. It also makes your charger future proof, as you can upgrade to new charger tips as new interfaces evolve. The default pack of tips that come with the i1Eco are miniUSB, microUSB, and iPod/iPhone tips, which is a excellent set for most users. However, you can also customize it for a reasonable fee to choose tips for AA/AAA batteries, Nintendo DS, Palm, Mototola, Nokia, or Samsung cell phones. 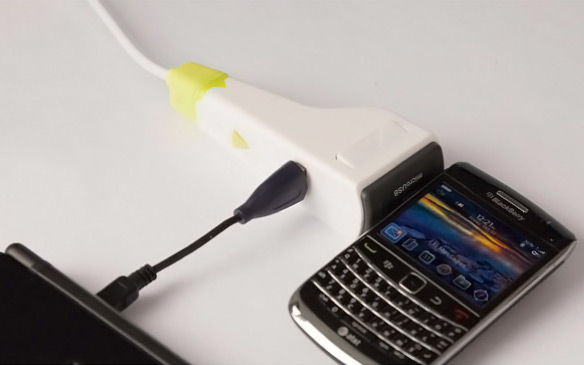 In addition to the charging tip, the Idapt i1 Eco Universal Charger also has a USB port you can also use for charging other devices, allowing you to charge two devices at once.

On the other end from the charging tip, the Idapt Eco i1 also has interchangeable cords. Hook up the one cord for plugging into regular wall electric outlets, and use the other for plugging into a USB port. If you’re in a car (or a plane with a 12v cigarette lighter outlet) use the included car plug to provide a hot USB port to plug into.

Clearly, the Eco i1 charger has flexibility on both sides of the charging interface, but it also has another useful feature: auto shut-off. When the charge detects that it isn’t being used or that charging has finished, it can automatically turn itself off. This eco-friendly feature means less wasted electricity due to vampire power. Energy conservation isn’t the only ecological feature either, these chargers are actually made from recycled materials.

Priced at just $25 including the 3 default charging tips and the car plug, the IDAPT i1 Eco is also a great value. (In the picture above you see the Lego Star Wars Han Solo minifigure that is wearing the Medal of Bravery awarded to him for his help in destroying the Death Star in the Battle of Yavin. You get this rare mini-figure with the LEGO Star Wars Minifigure Encyclopedia, which is a great buy at under $12. On eBay people are trying to sell just the minifigure for $10.

While the Idapt i1 Eco is loaded with features and priced competitively, there are some drawbacks. One is that the charging tips have a flat area right behind the tip, which could get in the way on some devices especially if a protective cover is used. It would be nicer if the tips were at the end of a short cord instead.

The other problem is that quality was not perfect. With the exception of the micro USB, all of the ports felt a bit loose, where I definitely would have preferred a tight snap when things are plugged together. Worse was that the iPod/iPhone tip was too loose to maintain an electrical connection unless I was pushing the device forward and into the recharging tip. (It was not the device, as this held true with multiple iPhones and iPods.) Compared to the OEM iPhone charging plug from Apple, the Idapt tip was very flimsy and flexible, which is probably the root cause behind this problem. That said, I was able to easily fix this problem by jamming postcard paper in between the metal and plastic on the plug (on the side where there is no gap) to push the contacts closer together. 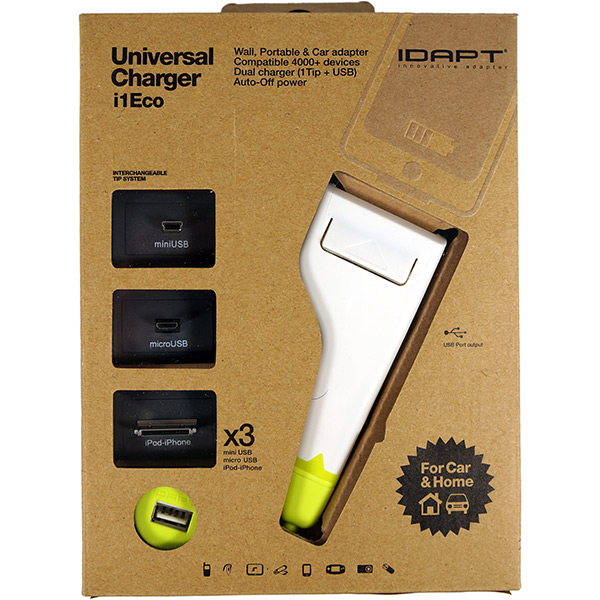 IDAPT i1 Eco is a dual charger (tip and USB) that allows you to charge all your devices  for  today and tomorrow, reducing the daily impact on the environment. Innovative interchangeable tip system allows you to use only one charger for all your devices, ensuring a future proof compatibility, thanks to our commitment to constantly develop new tips. Use it at home, in the car or while traveling and forget about the stand-by power draw with our revolutionary auto-off system.

If you are looking for an eco-friendly charger that is compatible with many different devices and works in the car and at home, take a seriously look at the i1 Eco charger. Order the IDAPT i1 Eco Universal Charger complete with the default 3 tip pack direct from IdaptWeb.com for only $24.99. If you need to charge several devices at once in your home or office, check out the Idapt I2+.

IDAPT just announce the availability of their new IDAPT I2+ Universal Charger. This innovative recharging system allows users to charge up to 3 devices at the same time. It is compatible with over 4,000 different devices thanks to its unique interchangeable tips system.

I’m one of the many people out there who has been guilty of leaving a mobile phone or MP3 player plugged into the charger even when it’s already fully loaded up. Sometimes, I can’t help but be too busy and have too much on my […]

Whenever I travel, the various chargers I have to bring along with me always take up a huge amount of space in my carry-on luggage. One charger for my iPod, another for my smartphone, one more charger for my other smartphone. Then there’s the adapter […]

Are you looking for a sleek, powerful charger to go with your Apple device? If so, the newly released XtremeMac InCharge Home USB Wall Charger will be perfect for you. This low profile wall charger is only slightly wider than an iPhone but packs a […]