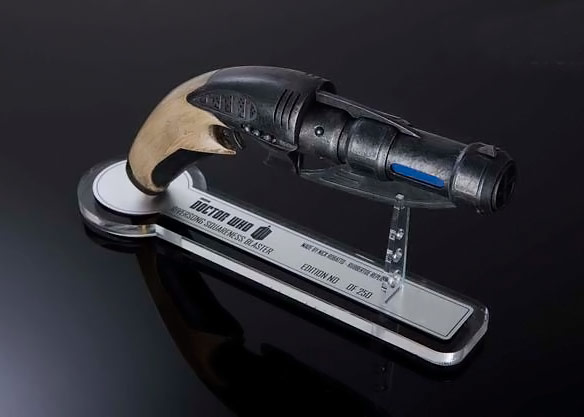 Doctor Who relies more on his brain that awesome firepower so it’s a good thing a certain lady is packing the River Song Squareness Blaster, for those times when something with a little more kick than a screwdriver is needed.

This particular firearm is an exact replica of the original prop used by River Song in the Silence in the Library and Forest of the Dead… way back when David Tennant was portraying Doctor Who. According to the canon of the show (and Steven Moffat) it’s a customized version of the Captain Jack Harkness Sonic Blaster.

When you’re not running around and pretending to help the Doctor during one of his adventures, the Blaster can be displayed on its custom stand (signed by Nick Robatto) or in its wooden display case. 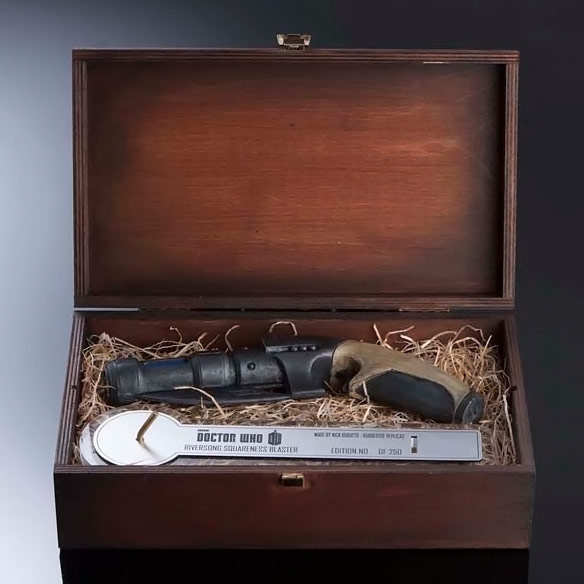 The Doctor’s wife-to-be is ready to take on the Silence as the Doctor Who River Song Pop! Vinyl Figure. Based on Alex Kingston’s character in the Doctor Who episode, Day of the Moon, River Song stands 3 3/4-inches tall and is armed with her blaster, […]

Captain Jack is a pretty memorable Doctor Who Character and if you are a fan, you can now own this Doctor Who Captain Jack Blaster Prop Replica. This weapon was first seen in the series one episodes The Empty Child and The Doctor Dances. Captain […]

He has the hair. He has the coat. If he could walk, he’d probably have the swagger. You almost expect the Doctor Who Jack Harkness Pop! Vinyl Figure to look at you, flash that devil-may-care smile, and say, “Captain Jack Harkness. And who are you?” […]