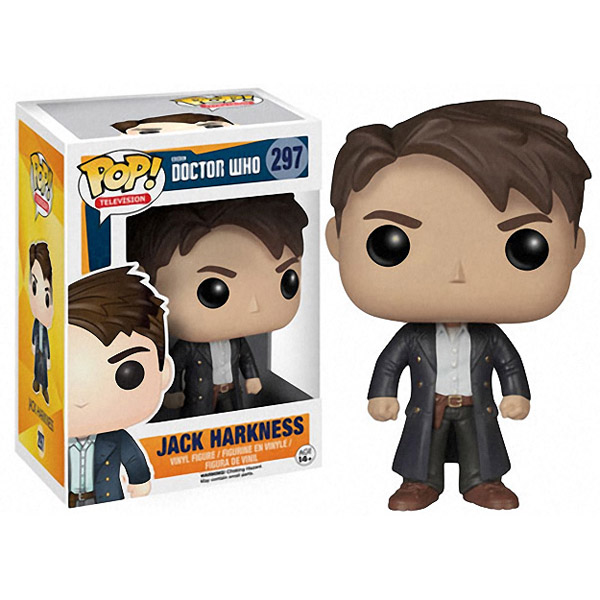 He has the hair. He has the coat. If he could walk, he’d probably have the swagger. You almost expect the Doctor Who Jack Harkness Pop! Vinyl Figure to look at you, flash that devil-may-care smile, and say, “Captain Jack Harkness. And who are you?”

He was a Time Agent, and then he was killed while helping the Doctor and Rose fight the Daleks. And then Rose brought him back. Because Rose is awesome like that.

The figure stands about 3 3/4-inches tall, and he’s just waiting to get his hands on a tiny vortex manipulator so he can once again travel through time.

The Doctor Who Jack Harkness Pop! Vinyl Figure will be available February 2016 but it can be pre-ordered now for $9.99 at Entertainment Earth.

Well, the new season of Torchwood may not be very watchable, but at least you can use your vortex manipulator to slip away into the future and forget it ever happened. That’s what I’m planning anyway. If you don’t have one, check out this Doctor Who […]

Doctor Who ‘A Breach in the Vortex’ Poster

Maybe you’ll never get to travel in the TARDIS but the Doctor Who ‘A Breach in the Vortex’ Poster gives you a pretty good idea of what it might look like if you were to have an adventure through time and space. The Doctor and […]