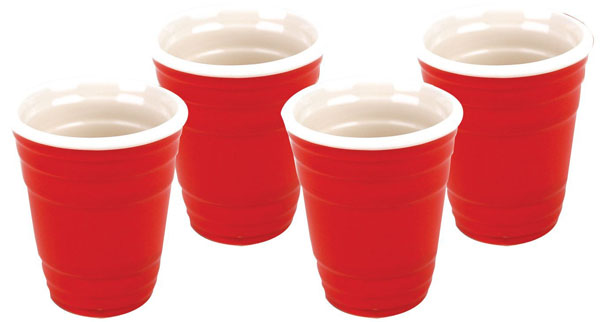 Those big, red Solo cups are a familiar sight at picnics and backyard BBQ’s, holding everything from cola to your favorite booze. For many of us, they are immediately associated with college keggers and house parties. That classic look has been captured in miniature form with the Red Cup Ceramic Shot Glasses, so the hard liquor drinkers at the party can now match the beer drinkers.

Get a laugh from your drinking pals when someone mentions doing shots and you whip out these ceramic shot glasses that sport the classic red-with-white-rim color scheme, and enjoy the fact that nobody will have to be rushed to the hospital after slamming down a few drinks in these glasses, because let’s face it; if you try to chug down a few shots in regular Solo cups… well, you’re probably going to feel pretty rough later. 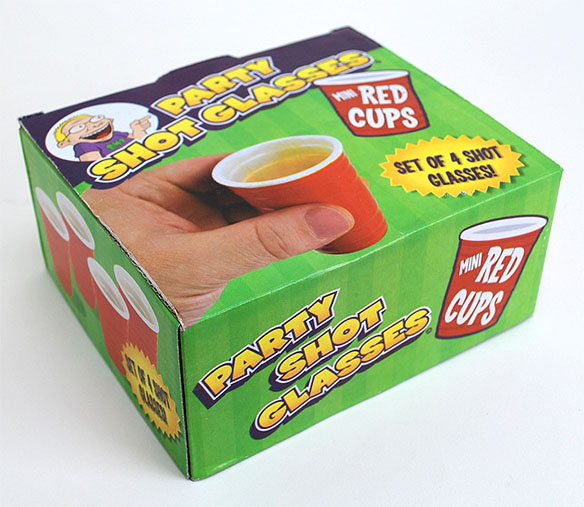 The Red Cup Ceramic Shot Glass Set, which comes with four glasses, is available at Amazon.com.

If you’re ready to party hard but don’t want to be bothered with constantly getting a refill, you can always just use the Giant Red Cup, which could also be known as the One Cup That Rules Them All. There’s no doubt about it. People […]

If you ever worry about feeling like a snob when you drink wine from your fancy-smancy wine glasses, you can always dial things down a notch with the Red Cup Wine Glasses. Although they’re made of fine-quality ceramic, these glasses look just like the classic […]

Here we go again, another cool set of shot glasses to add to that ever growing collection. You might have purchased the Doomed Crystal Skull, Bombs Away and TMNT shot glasses and should have tried the Gummy Shot Glasses by now; so we think you […]

Are you looking for something unique to add some fun and excitement to your next party or get together? Try the Himalayan Salt Tequila Shot Glasses. They are the perfect shot glasses for any tequila drinking party, especially on Cinco de Mayo. Designed to look […]