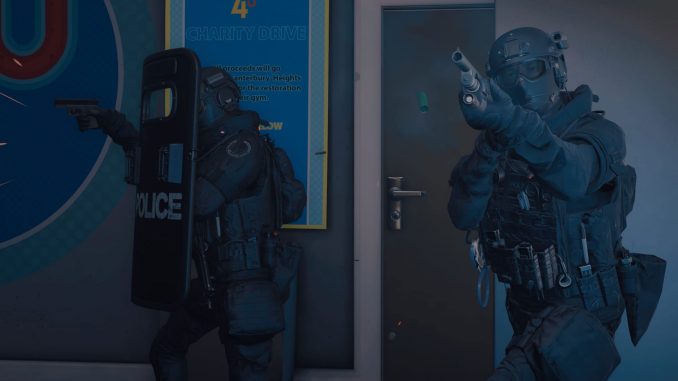 Check out VOID Interactive’s Ready or Not Gameplay Trailer for a look at this upcoming first-person tactical shooter that puts in the position of an elite SWAT commander in a dangerous, morally bankrupt city.

Watch the Ready or Not Gameplay Trailer from VOID Interactive:

Watch the New Ready Or Not Gameplay + Pre Order Trailer, which explores the features and themes that create VOID’S ‘Ready or Not.’

Ready or Not is a realistic tactical first person shooter, set against a backdrop of political and economic instability in the United States. You are placed in the boots of Judge, an elite SWAT commander being tasked with defusing tense, hostile situations in a morally bankrupt city.

The line between the real world and the virtual one is blurry sometimes. Augmented reality games and devices have made both worlds extremely connected. But there’s also those low-tech everyday stuff that you find around your house that have been revamped and redesigned to reflect […]

While the Cinematic Trailer was dramatic and The Culling Campaign Trailer was interesting, what really matters is the gameplay. Fortunately, at BlizzCon 2018, Blizzard also debuted this Warcraft III: Reforged Gameplay Trailer. It highlights the key features in this epic remake of Warcraft III: Fully […]