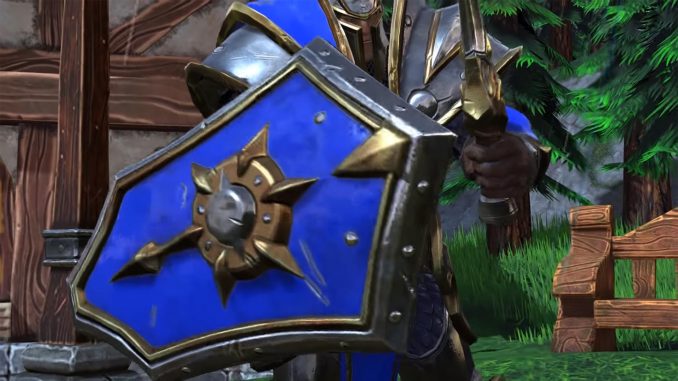 While the Cinematic Trailer was dramatic and The Culling Campaign Trailer was interesting, what really matters is the gameplay. Fortunately, at BlizzCon 2018, Blizzard also debuted this Warcraft III: Reforged Gameplay Trailer.

It highlights the key features in this epic remake of Warcraft III:

Warcraft III: Reforged is a stunning reimagining of the revolutionary real-time strategy game that laid the foundation for Azeroth’s most epic stories. The battlefield awaits – play as one of four distinct factions: the mighty Orcs, the noble Humans, the ancient Night Elves, and the insidious Undead. Gather resources, build your base, and assemble an army. Behold Warcraft III’s classic units in glorious 4K, with updated animations that bring them to life like you’ve never seen.

While I hope the game’s cutscenes are more on the quality level as in the Warcraft III: Reforged Cinematic Trailer, I suspect this Warcraft III: The Culling Campaign Trailer is a better indication of what to expect in the game. It isn’t as detailed or […]

When you level up, you want to celebrate. Use this Blizzard World of Warcraft Leveling Up Ding Button. In fact, you can use this button to ding whenever you want. Ding. My favorite show is on. Ding. My packaged arrived. Ding. I beat my high […]