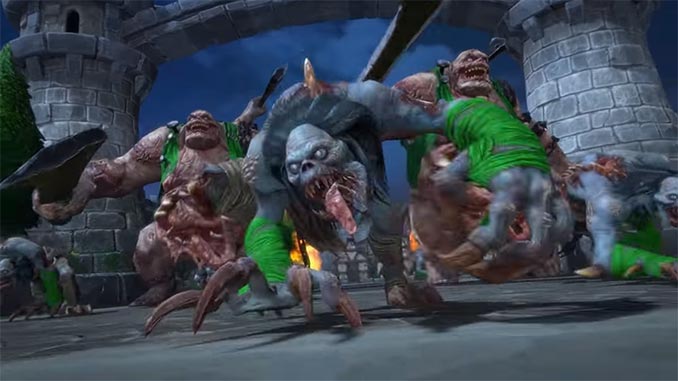 While I hope the game’s cutscenes are more on the quality level as in the Warcraft III: Reforged Cinematic Trailer, I suspect this Warcraft III: The Culling Campaign Trailer is a better indication of what to expect in the game. It isn’t as detailed or cinematic, and the mouth animations of speaking characters could use improvement. In fact, much of the footage in this trailer may indeed be from the in-game cutscene introducing The Culling Campaign and perhaps it was rushed to get this out for BlizzCon and they still have time to tweak the animations before the game is released.

The good news is that Warcraft III: Reforged will allow players to relive the events of both Reign of Chaos and The Frozen Throne. This includes 62 missions across Kalimdor, Lordaeron, Northrend, and beyond, with over 4 hours of reforged cutscenes and over 40 hours of epic gameplay. You’ll be able to control over 20 legendary heroes and villains as you command noble humans, savage orcs, insidious undead, and mysterious night elves as alliances shift and cultures clash in ruthless conflict.

The Culling of Stratholme: The story of Prince Arthas’ attempt to save his people using any means necessary – only to lose them all, and himself, to darkness.