If you’re looking for an animated adventure comedy that is kind of weird, check out the Onward Official Trailer released today by Pixar. Maybe there is a little “Weekend at Bernie’s” vibe to it, but it is an original world with a unique style, interesting characters, and magic.

Onward is written and directed by Dan Scanlon and stars Chris Pratt, Tom Holland, Octavia Spencer, and Julia Louis-Dreyfus. It is a Pixar movie, so of course, it also has a character played by John Ratzenberger. It is scheduled to be released in theaters on March 6, 2020.

Set in a suburban fantasy world, Disney and Pixar’s “Onward” introduces two teenage elf brothers who embark on an extraordinary quest to discover if there is still a little magic left out there. Pixar Animation Studios’ all-new original feature film is directed by Dan Scanlon and produced by Kori Rae—the team behind “Monsters University.” “Onward” releases in theaters on March 6, 2020.

Here is the Onward movie poster: 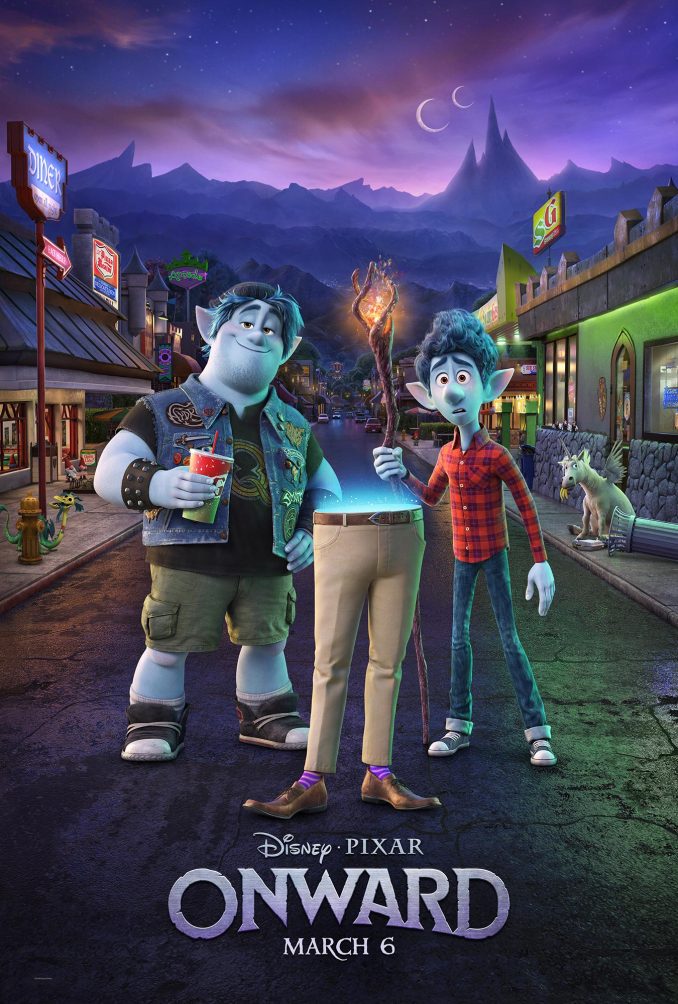 Even if you already saw the Teaser Trailer and the Official Trailer, you’ll want to watch the Frozen 2 Official Trailer #2 because it is very different and contains many more story beats. Frozen II will be in theaters on November 22, 2019. It has […]