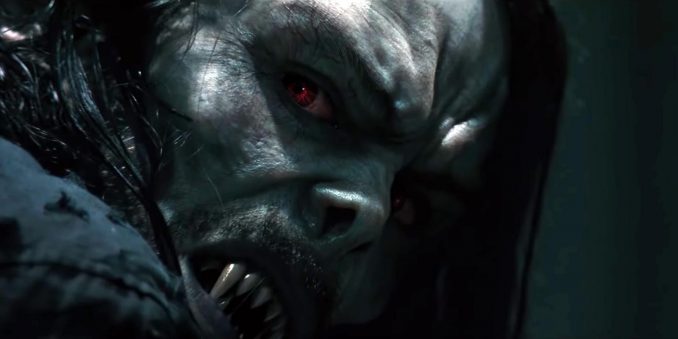 Marvel’s enormous cinematic success allows them to keep expanding, bringing lesser-known characters to the big screen. In this Morbius – Teaser Trailer, you can see Jared Leto transform into Michael Morbius, one of Marvel’s most compelling and conflicted characters.

Morbius will be in theaters this summer, with an expected release date of July 31, 2020.

One of Marvel’s most compelling and conflicted characters comes to the big screen as Oscar® winner Jared Leto transforms into the enigmatic antihero, Michael Morbius. Dangerously ill with a rare blood disorder, and determined to save others suffering his same fate, Dr. Morbius attempts a desperate gamble. What at first appears to be a radical success soon reveals itself to be a remedy potentially worse than the disease.

Check out the Marvel Studios’ Black Widow – Official Teaser Trailer for a glimpse at a film about Natasha Romanoff in her quests between the films Civil War and Infinity War. It is scheduled for release in theaters on May 1, 2020. Directed by Cate […]

Lionsgate just released the Rambo: Last Blood Teaser Trailer, giving a sneak peek at the fifth film in the franchise that started with First Blood all the way back in 1982. Rambo: Last Blood will hit theaters on September 20, 2019. Once again, Sylvester Stallone […]

This new Rambo: Last Blood Trailer looks like it would have been a better fit as a teaser trailer, as it begins by mirroring the current John Rambo with the one from 34 years ago. Perhaps it should have been swapped with the official Teaser […]

If you’re looking for the definitive guide to the characters of the Marvel Universe, this Marvel Encyclopedia Updated & Expanded Hardcover Book is exactly what you need. There are just so many characters that it is hard to keep track of them all. This deluxe […]