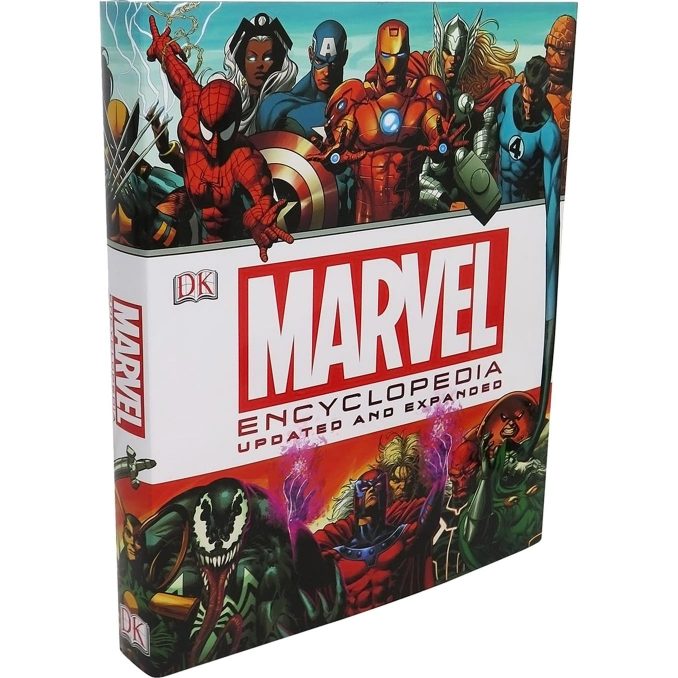 If you’re looking for the definitive guide to the characters of the Marvel Universe, this Marvel Encyclopedia Updated & Expanded Hardcover Book is exactly what you need. There are just so many characters that it is hard to keep track of them all. This deluxe hardcover book has the detailed information and little-known facts on over 1,200 Marvel characters.

Filled with an additional 32 pages than the earlier edition, and featuring a beautiful cover by Marvel artist Mike Deodato Jr., this updated and expanded Marvel Encyclopedia fills 439 pages. It’s packed with amazing comic book imagery and would be perfect for your coffee table. 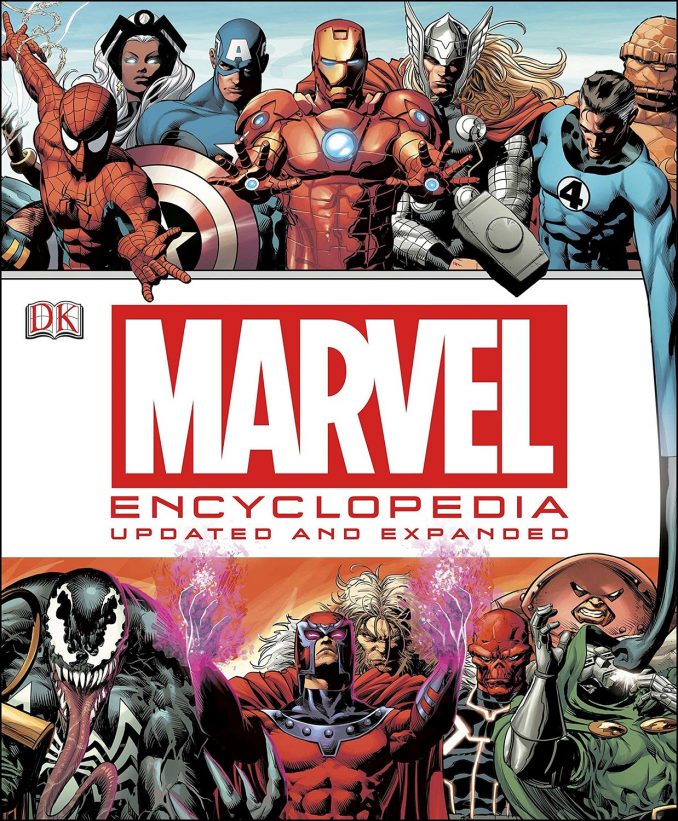 Bring the Marvel Universe home with this all-inclusive encyclopedia detailing little-known facts and information about the iconic Marvel characters. This essential tome has been fully updated with 32 additional pages.

Created in full collaboration with Marvel Comics, the revised pages of Marvel Encyclopedia now feature new entries on the latest characters and teams, updated facts on existing ones including their latest looks and story lines, and expanded entries on major superheroes such as Spider-Man, Thor, and The Avengers. Special double-page features have also been added highlighting recent major crossover events in the Marvel Universe, such as Fear Itself, and the new Marvel Now series.

Buy the Marvel Encyclopedia Updated & Expanded Hardcover Book for $23.99 (at time of publication) from Target. This is a discount of 40% off the MSRP of $40. You can also find it at SuperHeroStuff, Barnes & Noble, Walmart, BAM, and ShopDisney.

You think you know it all, but you don’t. Do you know how tall Darth Vader is? Or where the ferocious Nexu comes from? The Star Wars Character Encyclopedia Updated and Expanded Hardcover Book will tell you. This handy guide is full of fun facts […]

If you are anything like us, then you are going to want to get your hands on the 2011 LEGO Star Wars Character Encyclopedia. Sure, we already have all the characters, probably doubles of them; but that doesn’t stop us wanting to read about each […]

The Marvel Year by Year A Visual History Updated and Expanded Hardcover Book is exactly what you need if you want to catch up on the goings-on in the Marvel Universe. It is the most comprehensive history of Marvel Comics ever published. That makes it […]

Fans of Doctor Who will love spending a lot of time with this Doctor Who Character Encyclopedia. Inside you will find the most complete Doctor Who character encyclopedia ever made. It has one page devoted to each character along with tons of facts and trivia. […]

Marvel’s The Avengers Encyclopedia Hardcover Book will tell you everything you ever wanted to know about Marvel’s fighting force. This expansive encyclopedia details the genesis of the team and its individual heroes and foes. You can explore the origins and powers of more than 250 […]

Lost was an amazing roller-coaster ride of a show. Well, until the ending anyway. If you are a fan, this Lost Encyclopedia Hardcover Book will tell you everything you need to know about the hit TV show. And all of the info comes straight from […]

Are you interested in learning all there is to know about Master Chief and his world? The Halo Encyclopedia Hardcover Book will give you all of the details and tell you everything you could possibly want to know. This book puts the Halo universe at […]

The Batman Character Encyclopedia Hardcover Book has everything from Robin to the Joker. This is your guide into over 75 years of the Dark Knight’s friends and foes. It is a compact, informative guide that will take you through over 200 heroes and villains of […]