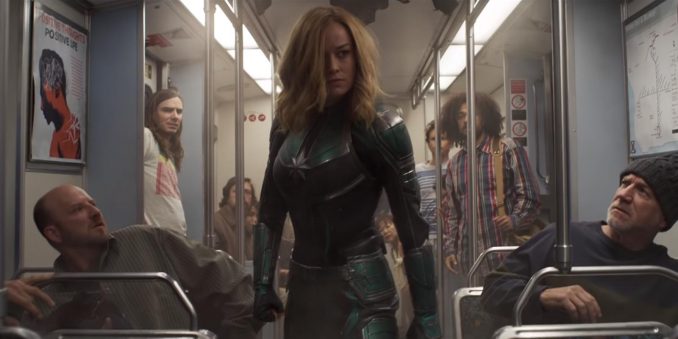 Today Marvel Studios’ Captain Marvel – Trailer #2 was released—the followup to the Official Trailer released in September. This time we see a little bit of the war between the Skrulls and the Kree, but the highlight for many will be the fight between Captain Marvel and an old grandma.

In the trailer, Carol Danvers touches upon the war between the Skrulls and the Kree with Nick Fury. She, herself, is a Kree—a race of “noble warrior heroes.” With no memory of her past, several individuals—leader of Starforce (played by Jude Law), Skrulls leader Talos (played by Mendelsohn), and a mysterious character played by Annette Bening—tell Carol who they think she is as well as her beginning.

Set in the 1990s, Marvel Studios’ “Captain Marvel” is an all-new adventure from a previously unseen period in the history of the Marvel Cinematic Universe that follows the journey of Carol Danvers as she becomes one of the universe’s most powerful heroes. While a galactic war between two alien races reaches Earth, Danvers finds herself and a small cadre of allies at the center of the maelstrom. The film stars Brie Larson, Samuel L. Jackson, Ben Mendelsohn, Lee Pace, Gemma Chan, Djimon Hounsou, Lashana Lynch, Rune Temte, Algenis Perez Soto, Mckenna Grace, with Annette Bening, Clark Gregg, and Jude Law. 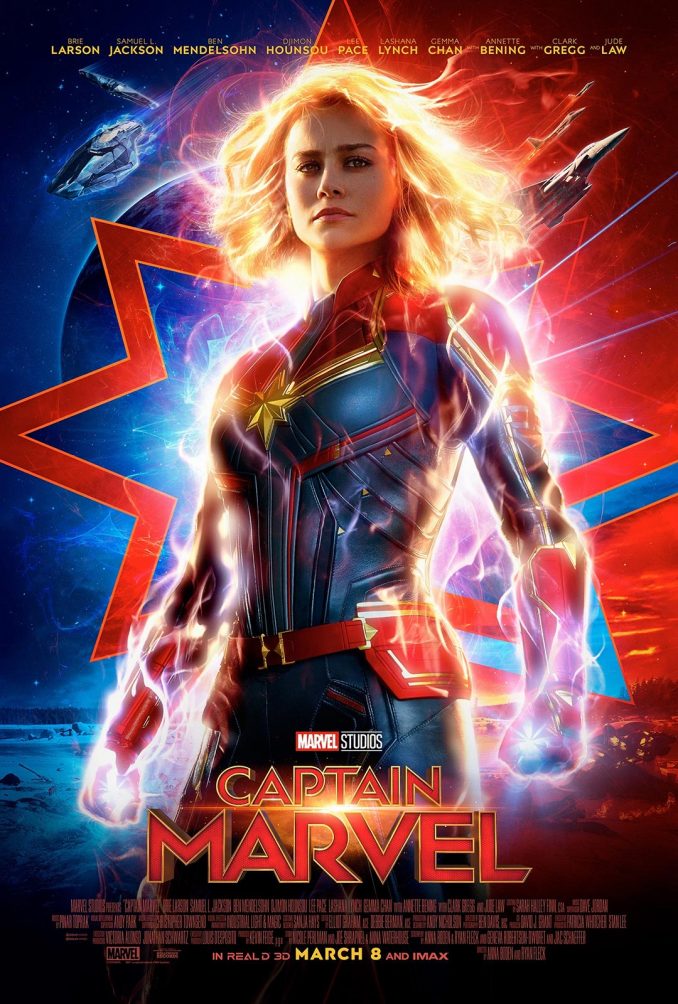 Part of the Movie Masterpiece Series, this Captain Marvel Deluxe Sixth Scale Figure from Hot Toys is an incredibly accurate depiction of Carol Danvers/Captain Marvel as portrayed by Brie Larson in the movie. What makes this collectible figure so special are all the interchangeable features […]

Captain Marvel will be hitting the big screens on March 8, 2019, and you may be one of those people to see it on the first day. Even better if you’re wearing these Captain Marvel Logo Knee Socks. These juniors knee socks fit sizes 9-11 […]