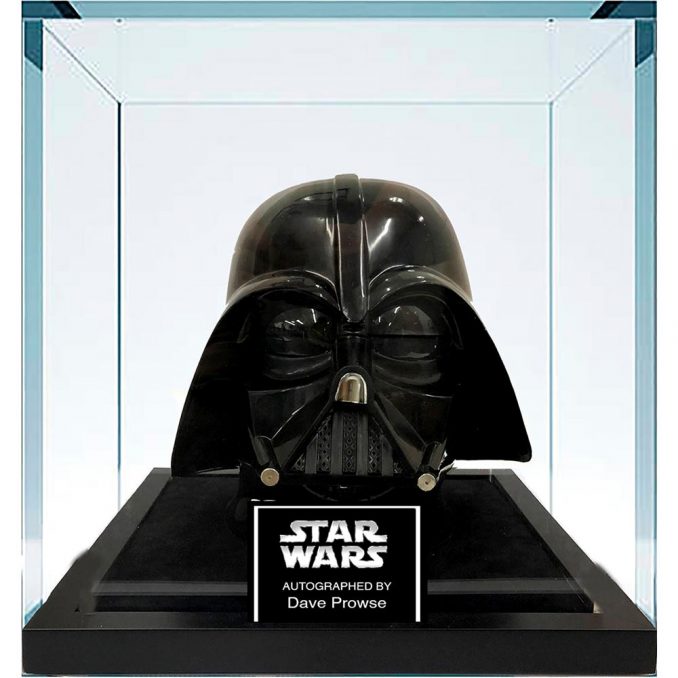 That Signed Deadpool Mask was pretty sweet, but if you like to kick it old school, you’d probably prefer this Star Wars Darth Vader Signed Helmet. It is autographed by David Prowse, the actor that physically portrayed Darth Vader in the original trilogy (James Earl Jones performed the vocals).

This autographed Darth Vader helmet comes in a custom designed acrylic shadow box, making it ready for display with the rest of your Star Wars collectibles. 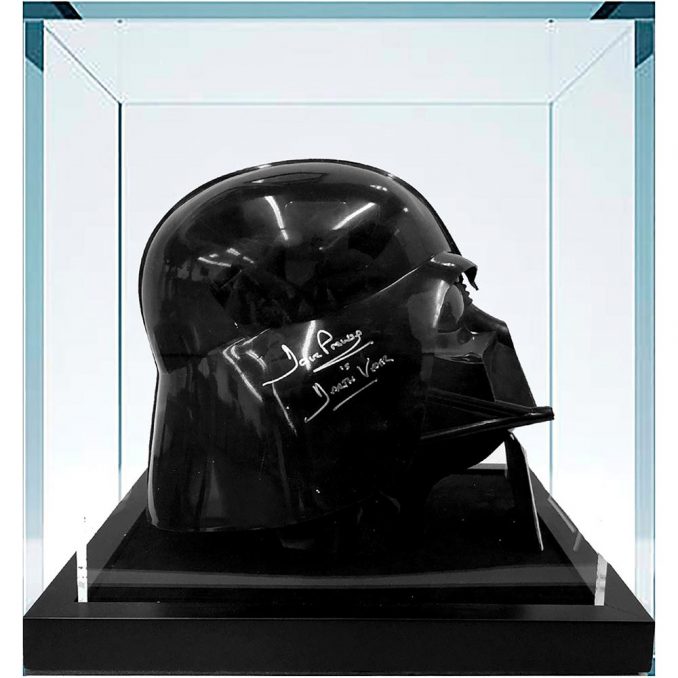 There aren’t that many can coolers I really like, but as a Star Wars fan this Darth Vader Helmet Can Cooler is a top choice right along with the furry Chewbacca Can Cooler and the metal R2-D2 Can Cooler. This foam 3D model of Darth […]

If you prefer to have the current time displayed to you the digital way (and with a touch of Star Wars, of course) instead of analog, as with the Darth Vader Wall Clock with Sound Effects, this new shadow alarm clock might be just the […]

Turn your Christmas into a Star Wars themed celebration with the Darth Vader Flat Helmet Light Set…It will go perfect with the Star Wars Darth Vader 28-Inch Light-Up Tinsel Display that you should have set up in your front yard. This indoor/outdoor light set features […]