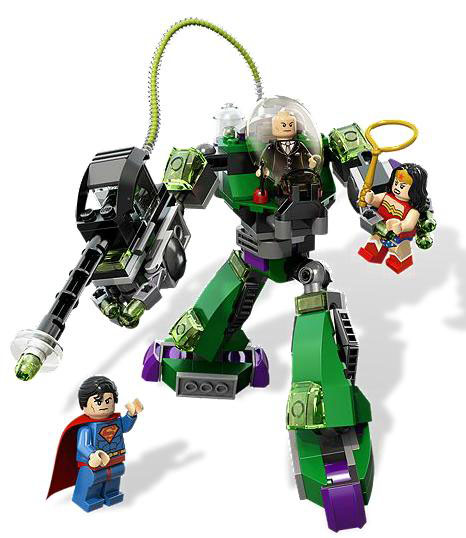 LEGO fans have another great DC set to look forward to. The LEGO Superman vs. Power Armor Lex set is sure to be a lot of fun. It’s up to Superman to save Wonder Woman from Lex Luthor who is destroying Metropolis in his Kryptonite-powered suit.

Lex Luther also has a kryptonite cannon. It’s up to you to stop him before it’s too late. It looks like a very fun set.

Lex Luthor is looking tough in this DC Comics Lex Luthor ArtFX+ Statue. He is Superman’s greatest foe and now Lex Luthor is making his appearance in the ArtFX+ line of statues. Here he is in his New 52 set of armor and he looks […]

Lex – Even More LED For Your Bicycle

Maybe you remember the Hokey Spokes and the SpokePOV DIY kit. Now there’s a new bicycle LED spokes gadget out on the market – it’s called Lex.