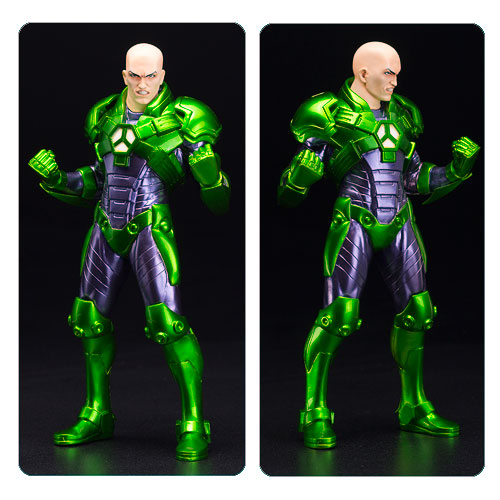 Lex Luthor is looking tough in this DC Comics Lex Luthor ArtFX+ Statue. He is Superman’s greatest foe and now Lex Luthor is making his appearance in the ArtFX+ line of statues.

Here he is in his New 52 set of armor and he looks like he jumped straight out of the comic page and into your collection. Lex Luthor stands just under 8-inches tall in 1:10 scale. It features a highly detailed sculpt that brings out all the details in Lex’s purple and green armor.

This guy is going to look great in your set. He is only $59.99 from Entertainment Earth. Pre-order it now for March.

LEGO fans have another great DC set to look forward to. The LEGO Superman vs. Power Armor Lex set is sure to be a lot of fun. It’s up to Superman to save Wonder Woman from Lex Luthor who is destroying Metropolis in his Kryptonite-powered […]

Lex – Even More LED For Your Bicycle

Maybe you remember the Hokey Spokes and the SpokePOV DIY kit. Now there’s a new bicycle LED spokes gadget out on the market – it’s called Lex.