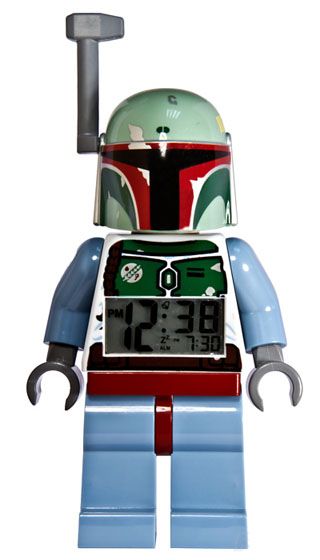 For all you Star Wars fans, let the Boba Fett LEGO Minifigure Alarm Clock help start your day.  Officially licensed by George Lucas and LEGO, this LCD alarm clock will satisfy the bounty hunter in all of you.  And since this Boba Fett alarm clock is made by LEGO, is does more than just tell time.  The arms and legs both move, just in case there is an impromptu battle with your Buzz Lightyear LEGO Alarm Clock for bedroom supremacy.

Decked out like the galaxy’s most ruthless bounty hunter (circa Episode V), this cool LCD alarm clock is officially licensed by George Lucas and his brick-stacking buddies in Denmark. Better still, the snooze and backlight functions are activated by pushing down on his behelmeted head. You can even move his arms and legs. 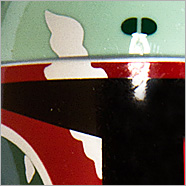 Ideal for lazy geeks and anyone who’s ever dreamt of waking up from a long sleep in carbonite, this Boba Fett LEGO Minifigure Alarm Clock is the clock you’re looking for.

You can pre-order your Boba Fett LEGO Minifigure Alarm Clock at Firebox for £26.49 with free delivery.

If you’re a fan of the iconic Star Wars franchise, then I believe there’s no need to introduce you to this character. Famous for the following line, Yoda has become something short of an icon in the world of geekdom: May the force be with […]