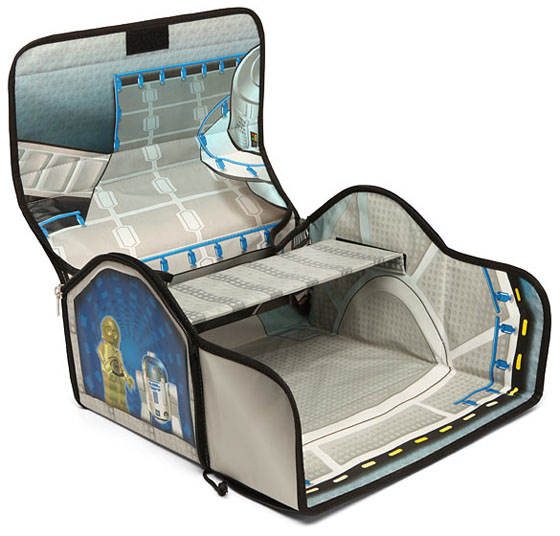 With all the great LEGO creations out there, including some of the cool ones GeekAlerts has shown: LEGO Death Star, Maersk Train Set and Tonka Heavy Assault Truck; you are going to need a proper storage space for some of the spare pieces or unfinished projects.  The LEGO Star Wars Officially Licensed Zip Bin will do nicely and you have three design choices to choose from: The Tie Fighter, Battle Bridge and Toy Box.  This is an officially licensed LEGO and Lucasfilm storage bag that is covered in cool Star Wars LEGO graphics and it not only stores you LEGOs, but it unzips to reveal a nice flat and clean surface to build your projects on.  With this Star Wars LEGO Bin you wont have to worry about where your LEGOs are or losing them in the rug when it comes time to build your LEGO masterpiece. 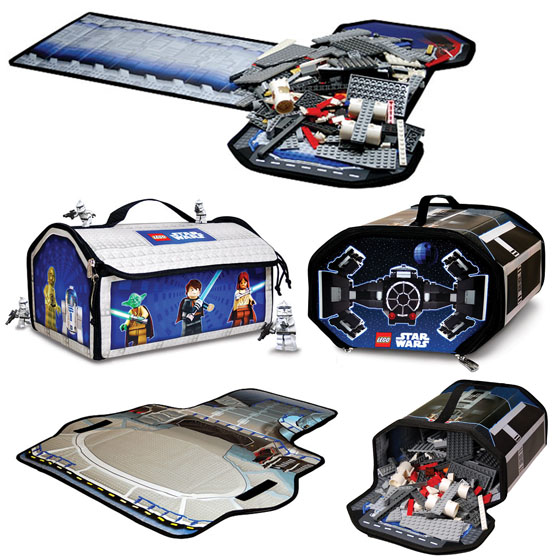 You can purchase the LEGO Star Wars Officially Licensed Zip Bins from ThinkGeek starting at $11.99.

Do you need a cool storage space for your LEGOs or are you trying to find away to entice your kids to cleanup after playing?  GeekAlerts has just what you need; the LEGO Storage Heads.  These storage bins offer plenty of stylish storage space and […]