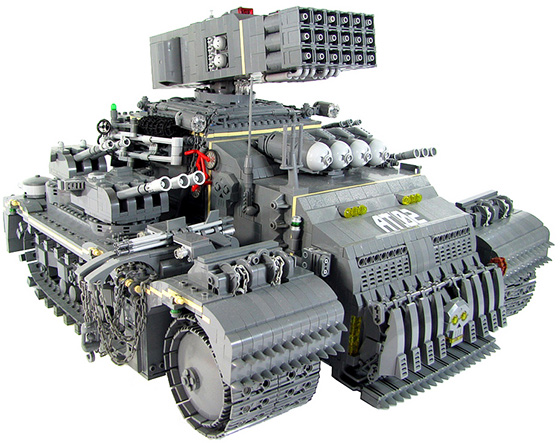 Massive fire power and solid armor is the theme of this Tonka Heavy Assault Truck that was custom designed and meticulously crafted by Karf Oohlu. The centerpiece of this massive battle tank is an 18 barrel auto rocket launcher that is flanked by multi-barrel gun turrets and anti-personnel machine guns. 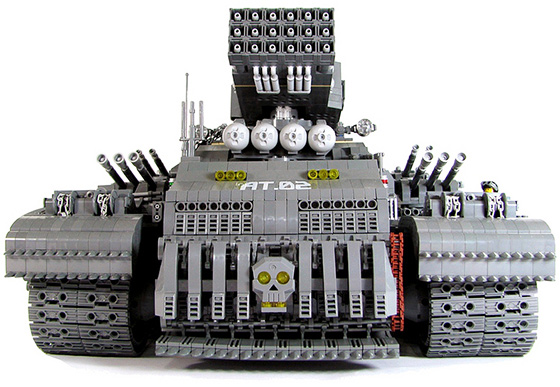 According to the information on flickr, these photos of  The Tonka Heavy Assault Truck were taken on March 10, 2011 using a Canon PowerShot SX100 IS. 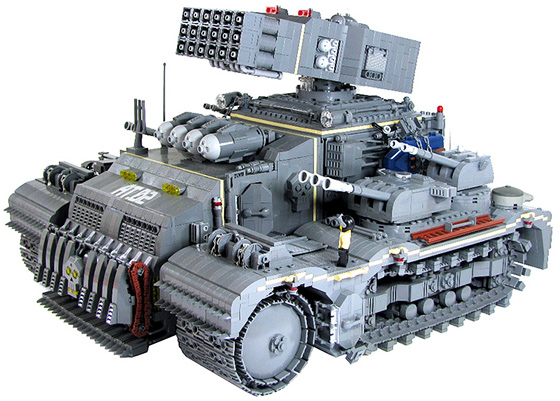 Check out Karf Oohlu’s Flickr Photostream for more pictures of The Tonka Heavy Assault Truck, as well as photos of other cool Lego creations and related art.

(Via The Brothers Brick)

With all the great LEGO creations out there, including some of the cool ones GeekAlerts has shown: LEGO Death Star, Maersk Train Set and Tonka Heavy Assault Truck; you are going to need a proper storage space for some of the spare pieces or unfinished […]

Check out this Incredible Lego Sculpture created by great Lego artist Lukáš Šógor from Pilsen, Czech Republic. Rather than spelling out LEGO with simple smooth surfaces, he covers it with greebles to make this interesting work of art.

Do you like for your food to have a little spice-packed punch? If so, the Assault and Pepper Shakers are what you need for that bit of added flavor. Meal-time can be transformed into fight-time when you have these two guys duking it out while […]