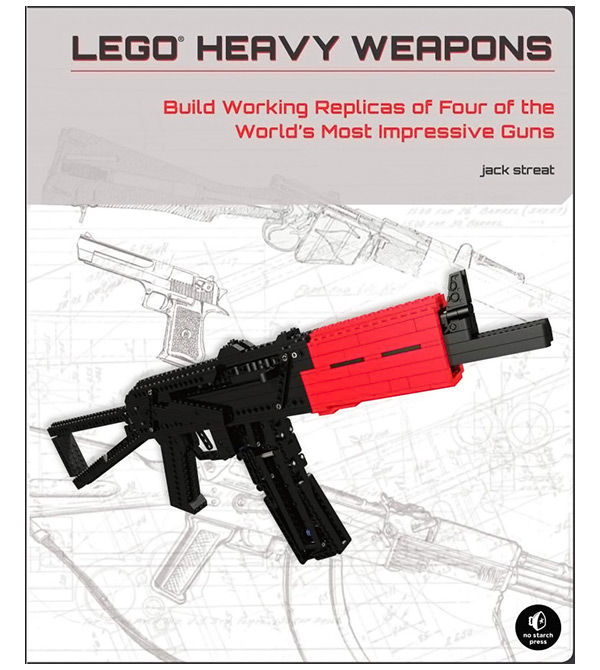 If you want a collection of cool guns without the expense and danger of real firearms, you need LEGO Heavy Weapons: Build Working Replicas of Four of the World’s Most Impressive Guns. This new book gives you complete detailed instructions and parts lists so you can build your own LEGO versions of four iconic weapons. Gun aficionados (and Call of Duty gamers) will immediately recognize the weapons: Desert Eagle handgun, AKS-74U assault rifle, SPAS combat shotgun, and Lee-Enfield sniper rifle.

These 1:1 scale replica guns don’t just look like the real weapons, they actually can shoot LEGO bricks and have working features like folding stocks, detachable magazines, and functional triggers. 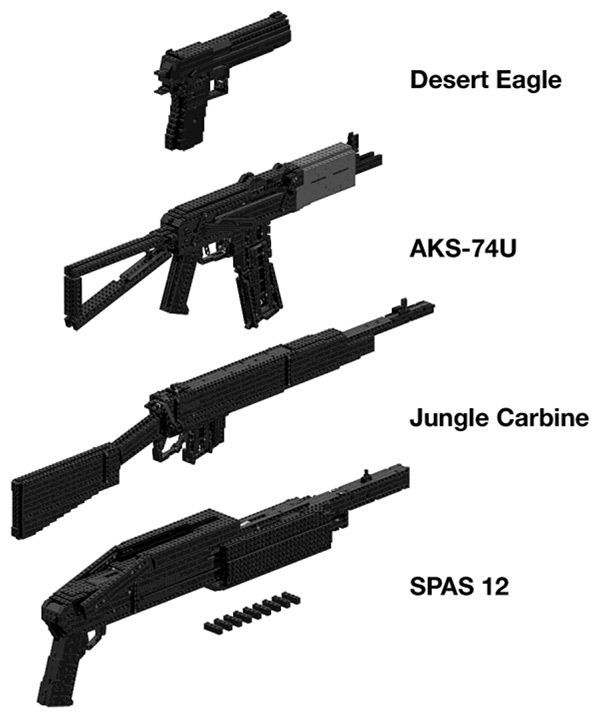 LEGO Heavy Weapons will show you how to build brick-based models of:

Each set of instructions includes a complete parts listing, so you can find (or special order) any hard-to-find bricks. The book’s illustrated, step-by-step building instructions will be clear to anyone who’s ever played with LEGO bricks, and the biggest models will challenge and delight even the most serious builders.