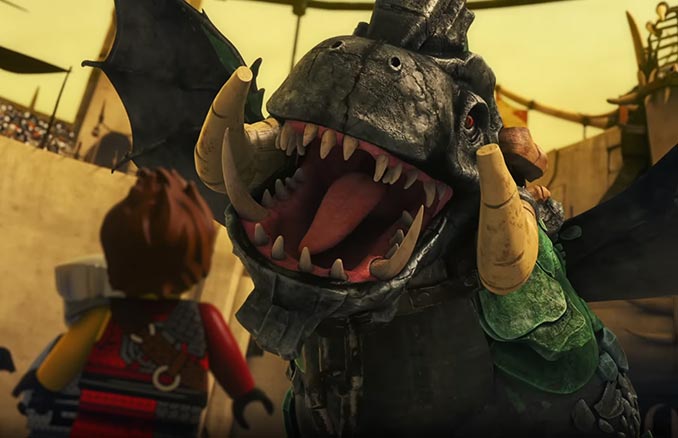 Take a sneak peek at the upcoming season in this LEGO NINJAGO Season 9: Hunted Trailer. Lloyd and Nya are in Ninjago City opposing Emperor Garmadon’s tyrannical hold over the town. Meanwhile, Young Wu and the rest of the Ninja are not in Ninjago any more, as they’ve been stranded in a barbaric realm. Here fierce dragons are being hunted down for exploitation of their elemental powers by Iron Baron and his gang of Dragon Hunters. The ninjas must find the fabled Dragon Armor to get back home and stop Emperor Garmadon.

Watch the official LEGO NINJAGO Season 9 trailer “Hunted”! While Lloyd and Nya resist Emperor Garmadon’s oppressive hold on Ninjago City, Young Wu and the rest of the Ninja are stranded in a barbaric realm where fierce dragons are being hunted down by Iron Baron and his gang of Dragon Hunters. Lloyd must endure in NINJAGO City, the others need to find the fabled Dragon Armor if they ever hope to get back home to stop Emperor Garmadon once and for all.